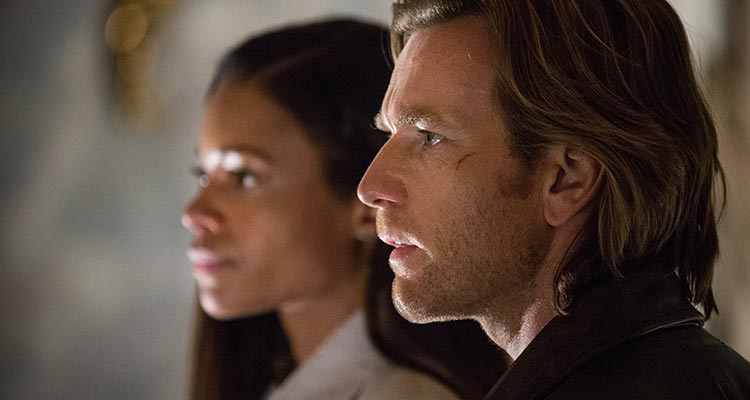 Our Kind of Traitor

OUR KIND OF TRAITOR (UK/15A/107mins)
Directed by Susanna White. Starring: Ewan McGregor, Stellan Skarsgard, Naomie Harris.
THE PLOT: Toward the end of their holiday in Morocco, Perry (Ewan McGregor) and Gail (Naomie Harris) encounter Russian oligarch Dima (Stellan Skarsgard) and quickly find themselves spending their last few days in the man’s company. When Dima gives Perry a memory stick containing information about a potential banking scandal, in the hope he will pass it on to the UK authorities, Perry and Gail are soon caught up in a plot to help Dima and his family defect from Russia, while uncovering a scandal involving a UK politician.
THE VERDICT: ‘Our Kind of Traitor’ is based on a novel by John le Carré; other films based on the author’s books include The Spy Who Came In From The Cold, Tinker Tailor Soldier Spy and The Constant Gardener, but unlike the films that have gone before, Our Kind of Traitor lacks the trademark tension that makes these films so thrilling.
The cast features Stellan Skarsgard as Dima, the Russian gangster who wants out of Russia and into a safer life, Ewan McGregor as Perry, the English man drawn into Dima’s plan, Naomie Harris as Perry’s wife Gail and Damien Lewis as a British Secret Service official with an agenda of his own. Each of the cast does well enough with their role; McGregor makes Perry a relatable everyman, Skarsgard obviously has fun with the larger than life Dima – although his accent is a little chewy from time to time – Damien Lewis is never challenged by his role, but makes the character rounded, with his own motvations, and although Naomie Harris doesn’t have an awful lot to do, the chemistry between her and the rest of the cast is engaging.
Screenwriter Hossein Amini, whose other work includes ‘Snow White and the Huntsman’, and the thrilling Ryan Gosling kill-fest Drive, does his best to make ‘Our Kind of Traitor’ thrilling and engaging, but seems to have forgotten to inject any real feeling of danger into the film. Although all the parts are in place to make Our Kind of Traitor work as an espionage thriller – even though the story is a lot more simple than other le Carré works that have been adapted for the big screen – they never really add up on screen, meaning the film never really feels anything more than pedestrian.
As director Susanna White creates strong chemistry between the cast of characters, but never allows the tension of the film to be amped up. This was needed to make the film work, but without a sense of danger in the film, all the pretty visuals and fast paced action falls flat, as it feels, in the end, inevitable.
In all, ‘Our Kind of Traitor’ never lives up to the promise of its cast and the author of the novel. Skarsgard, Lewis, Harris and McGregor do well enough with their characters, but the danger needed to make the film engaging is missing, leaving ‘Our Kind of Traitor’ less of a espionage thriller, and more a film about random chance.
RATING: 3/5
Review by Brogen Hayes