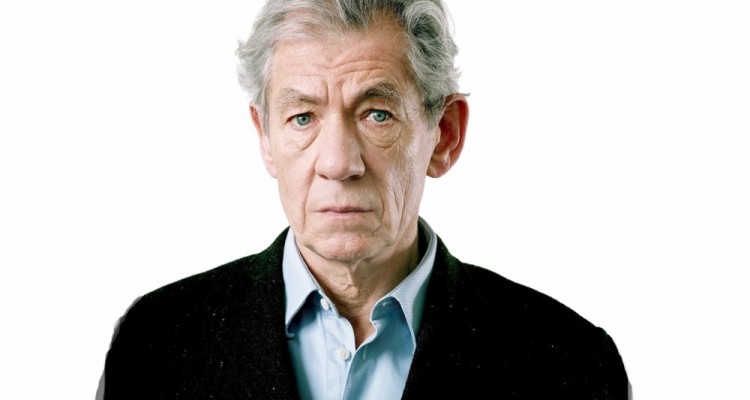 Our favourite performances from Ian McKellen

This week, Ian McKellen takes on the role of perhaps the most famous and influential fictional detective; Sherlock Holmes in MR HOLMES. The film focuses on an aged, retired Sherlock Holmes who is trying to remember the details of the case that caused him to retire and leave London.

With this in mind, Movies.ie took a look through Sir McKellen’s movie resume, and picked out some of our favourites…

The X-MEN Franchise
Although he had been a big star on the stage for many years, it really was his deliciously evil – yet somehow sympathetic – performance as Eric Lensherr / Magneto in the X-MEN franchise that finally made Ian McKellen a household name. Magneto is the perfect foil for Patrick Stewart’s Professor X, since they were once close friends with the same goals but have since begun to differ on what the relationship between humans and mutants should be.
McKellen brought his trademark gravitas to the role of Magneto, making him a fully rounded character, with some rather fundamental viewpoints. It is clear that McKellen had a lot of fun playing a vengeful mutant and, along with Patrick Stewart, has been the highlight of many of the weaker X-MEN films.

APT PUPIL
Based on Stephen King’s novella of the same name and directed by Bryan Singer, APT PUPIL tells the story of Todd (Brad Renfro), a high school student who discovers that his elderly neighbour Arthur Denker (Ian McKellen) is actually Kurt Dussander — a former Obersturmbannführer in the SS who is now a fugitive war criminal hiding from justice. The relationship between the two becomes more and more complicated and dark, as Todd becomes obsessed with the Holocaust, and presses Dussander for information about his time in Germany.
Although there are massive problems with the screen adaptation of APT PUPIL, Ian McKellen was almost universally praised for his performance in the film. McKellen became involved after seeing Bryan Singer’s film THE USUAL SUSPECTS, and found the part to be a strong but difficult one.

GODS & MONSTERS
In this somewhat fictionalised account of last days of the life of troubled film director James Whale, Ian McKellen plays the central character, as he reaches the end of his life, and reflects over his achievements; including his directorial work on FRANKENSTEIN and BRIDE OF FRANKENSTEIN, and his experiences during World War I.
Once again, McKellen was praised for his performance, which was described as ‘electric’ and ‘affecting’ by critics, even if the film was deemed to be highly fictionalised and hampered by the casting of Brendan Fraser.

The LORD OF THE RINGS/HOBBIT Franchises
As well as playing one of the most dangerous mutants in the X-MEN universe, Ian McKellen took on another iconic role in Peter Jackson’s films about Middle Earth; Gandalf the Grey, and Gandalf the White.
Essentially playing the same character in two different ways did not seem to be a challenge for the veteran actor, with McKellen being nominated for an Oscar for Best Supporting Actor in 2002 for his work on THE LORD OF THE RINGS: THE FELLOWSHIP OF THE RING. Once again, McKellen was praised for his performance in both incarnations of the role, and brought strength and a sense of dignity and poise to the films. It is difficult to imagine a Middle Earth film without McKellen as Gandalf, so it was to fans’ delight that he returned to THE HOBBIT franchise.

RICHARD III
In 1995, Ian McKellen took on the title role in RICHARD III. The film set the classic Shakespearean play in fictionalized fascist version of Britain in the 1930s, and was based on a stage production of the play by Richard Eyre for the Royal National Theatre, which also starred McKellen.
The currently has a 96% approval rating on Rotten Tomatoes, and once again McKellen was praised for his performance in the famously difficult Shakespeare play.

As well as these, it is worth mentioning Ian McKellen’s voiceover work, which he has lent to many productions, including the fantastic adaptation of Neil Gaiman’s STARDUST, which he narrated in 2007. As well as this, McKellen has lent his voice to FLUSHED AWAY, THE GOLDEN COMPASS and The Great Intelligence in the 2012 DOCTOR WHO Christmas Special.

Honourable Mention to… the video for ‘Listen to the Man’ by George Ezra, in which the singer is completely upstaged by Ian McKellen.

MR HOLMES is released in Irish cinemas on June 19th 2015