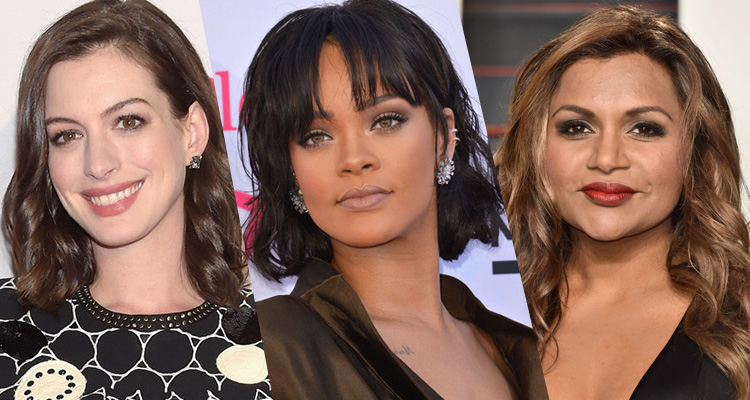 With an October start date in New York on the cards, Warner Bros. is working fast to fill out the cast of its ‘Ocean’s Eleven’ spinoff, ‘Ocean’s Eight.’ Deadline has word that the studio is near to closing deals with Anne Hathaway, Rihanna, Helena Bonham Carter, Mindy Kaling and rapper/comedian Nora “Awkwafina” Lum (‘Bad Neighbours 2’).

A continuation of the Steven Soderbergh-directed trilogy, ‘Ocean’s Eight’ stars Sandra Bullock as the ex-con sister of George Clooney’s Danny Ocean. Along with her right-hand woman (played by Cate Blanchett), she assembles a team of thieves to steal a valuable necklace from the Met Ball and frame the crooked gallery owner.

Elizabeth Banks (‘Power Rangers’) was rumoured to be joining the quasi-sequel, but she is not included in Deadline’s latest report.

Gary Ross (‘The Hunger Games,’ ‘Seabiscuit,’ ‘Pleasantville’) is attached to direct, working from a script he penned with Olivia Milch (‘Little Women,’ ‘Queen & Country’). With Clooney on board as producer alongside Soderbergh, it is likely that Danny Ocean will be putting in an appearance at some point.