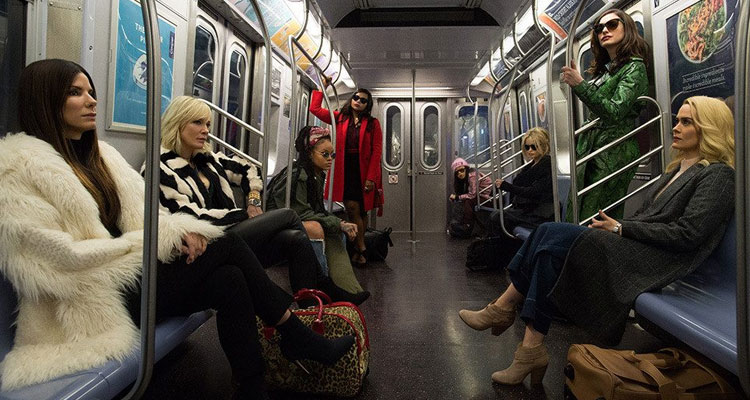 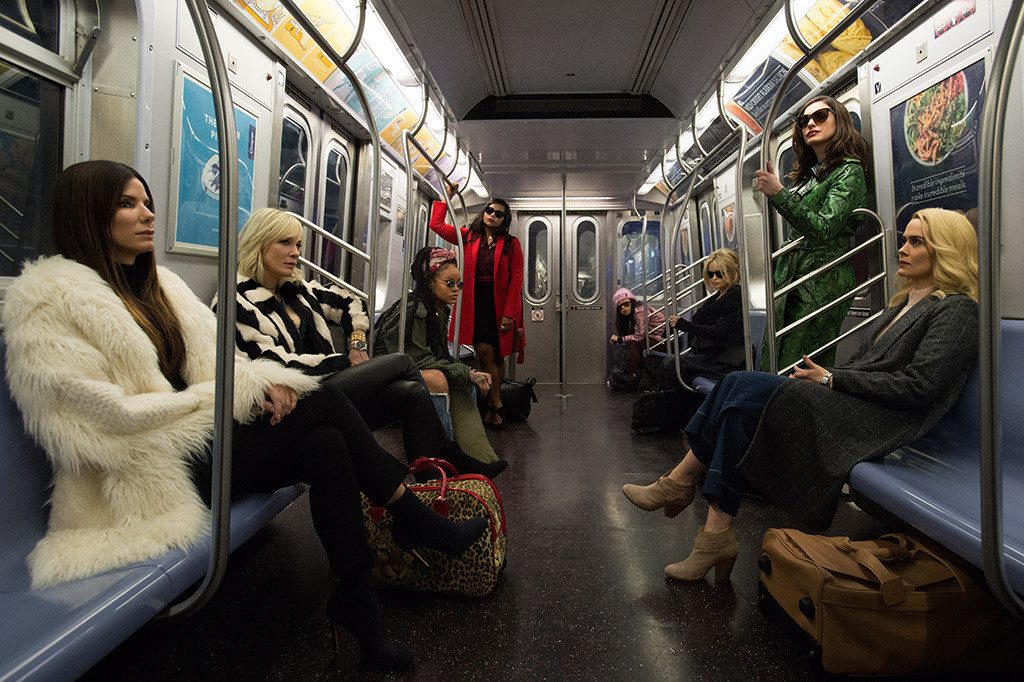 With Gary Ross (‘The Hunger Games,’ ‘Seabiscuit,’ ‘Pleasantville’) behind the camera, the film is a continuation of the Steven Soderbergh-directed trilogy and stars Bullock as Debbie Ocean, the ex-con sister of George Clooney’s Danny Ocean. Along with her right-hand woman, Lou (played by Blanchett), she assembles a team of thieves to steal a valuable necklace from the New York City’s star-studded annual Met Gala and frame the crooked gallery owner.