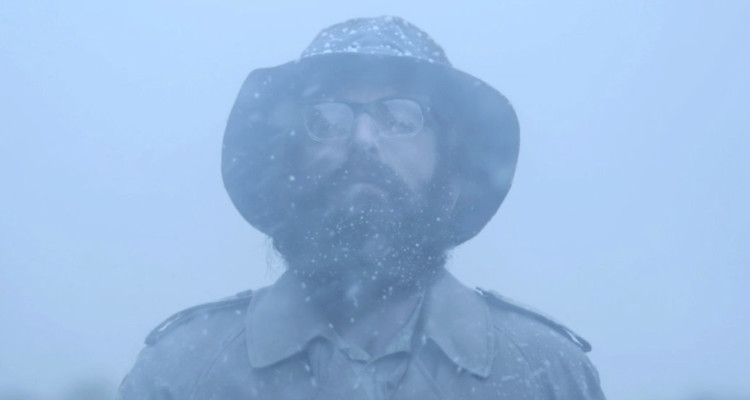 NOTES ON BLINDNESS (UK/Club/90mins)
Directed by Pete Middleton, James Spinney. Starring Dan Renton Skinner, Simone Kirby, John M. Hull, Marilyn Hull, Eileen Davies.
THE PLOT: Having lost his sight in 1980, Australian theologian John Hull – living in England – decided to keep an audio diary. His second child had just been born, and life was very definitely going to go on. Hoping to make sense of this dark new world, Hull also recorded everyday events in his family, as well as sitting down with his wife, Marilyn, for interviews.
Maintaining his professional career is also important to Hull, and here too he keeps a record of his struggles to adapt…
THE VERDICT: With Hull’s audio recordings on the soundtrack, here, director Pete Middleton pulls together a cast to act out the scenes being played on these 30-something tapes. Middleton has quite a lot of fun with the uncertain world between sound and vision, as the lip-synching doesn’t always synch, and the cinematography gives us parts of the scene, parts of the face – but rarely the whole picture.
It’s an unsettling device, and one totally in keeping with the exploration that Hull is making. And it makes for a deeply moving documentary…
RATING: 4/5
Review by Paul Byrne