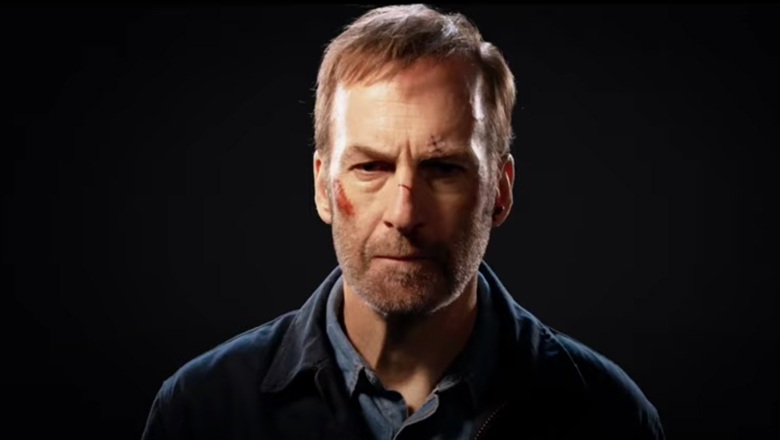 The Plot: Mild-mannered family man Hutch (Bob Odenkirk) goes through the daily grind, commuting to work in a manufacturing company, filling in spreadsheets, communicating with his teenage son and trying to stay on the right side of his wife Becca (Connie Nielsen). That is, until one day he comes across a bunch of thugs on a bus who threaten the safety of a young woman. He decides to take matters into his own hands and teach them a lesson in manners. The hard way. This angers their boss Iulian (Aleksey Serebryakov). This nobody has just declared war on the Russian mob…

The Verdict: It’s Liam Neeson’s fault. Ever since 2008’s Taken blasted onto our screens, there’s been a new generation of near-pension age action stars eager to take up a shotgun and ventilate some bad guys. Keanu Reeves and even Kevin Costner got in on the act and now we have Better Call Saul’s Bob Odenkirk taking up the shotgun to do some damage. Nobody comes from the same stable as the John Wick saga, written by that series’ creator Derek Kolstad and producer David Leitch. So, you know what to expect here… and then some. While it features action aplenty, bone-crunching violence and a too-cool-for-school attitude, it also acts as a potential franchise-starter for Odenkirk and the team when they run out of John Wick chapters to tell.

Odenkirk is not the most likely of action stars of course, but he came up with the idea for the film after his own home invasion. He has that world-weary, office manager look that tells you all need to know about his seemingly ordinary life. His character Hutch is a nobody, just a regular Joe going about his business and minding his own. Not quite. He has a particular set of skills that make him a nightmare for home invaders (Home Alone is referenced). Though, he’s tried to bury those skills in the past. We see those skills in action early on in a brilliantly-staged fight sequence in the confines of a single-level bus, as Hutch beats up men half his age and uses everything at his disposal including handrails. It’s no surprise to learn that the director of such sublime madness is Ilya Naishuller. Six years ago he unleashed the utterly insane literal first-person-shooter Hardcore Henry on an unsuspecting world. The world has yet to recover from that one.

In the intervening years, Naishuller has refined his craft to make his unique approach to action cinema more palatable to a mainstream audience. Rowing in with the John Wick team is a good fit for his particular set of skills. He creates a number of terrific action set pieces – the aforementioned bus, a return home invasion, an explosive showdown at Hutch’s workplace which sees one actor having a ball and becoming the surprise hit of the film. While the violence is over-the-top, it’s done with tongue firmly in cheek. Naishuller directs with visual flair and knows how to mine the most out of his solid group of actors, with Connie Nielsen adding more to what could have been a token wife role. It’s also great to see 80s/90s action heavy Michael Ironside cast against type as Hutch’s boss, though the film could have used him more.

This particular suburban Nobody happens to be a somebody. While that plot device has been used before (e.g. The Long Kiss Goodnight), Naishuller deliver his own version that cleaves close to the John Wick universe, if not taking place in it. Though, that kind of crossover would be welcome in a future John Wick chapter – so who knows? Nobody is an enjoyable and fully loaded, pulpy slice of genre cinema that does what it says on the tin – then blasts a hole in it. Sequel please.