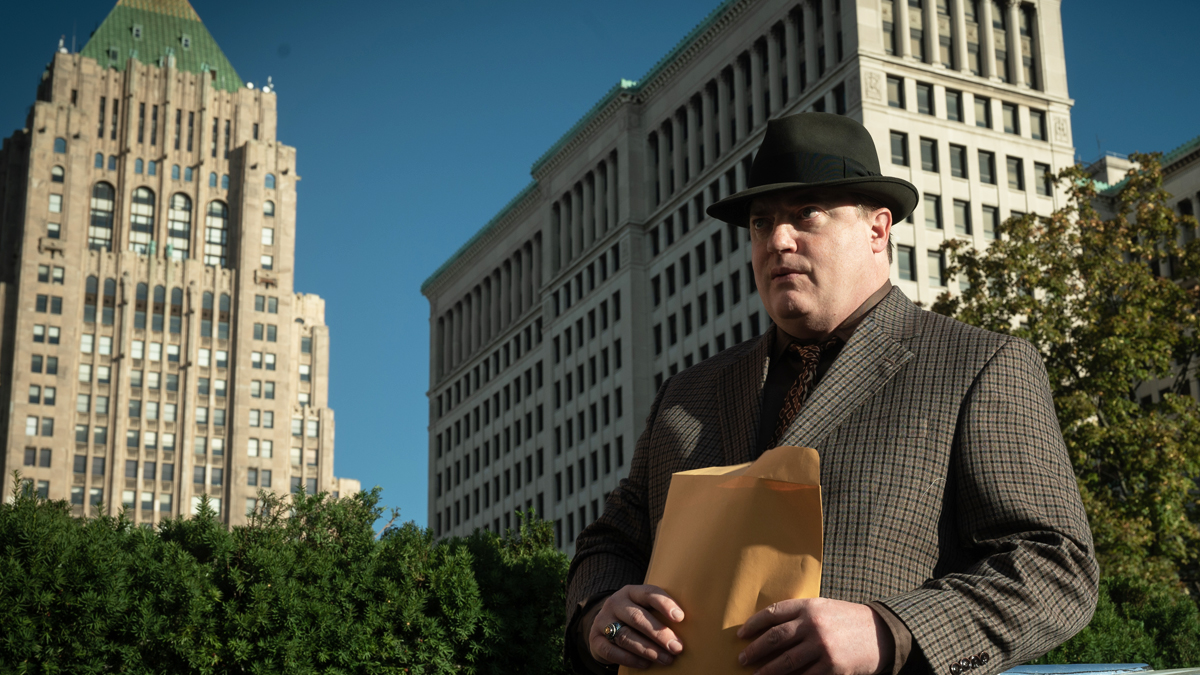 The 1950s aesthetic is so rich and detailed. When a production is so detailed, does it add to your performance?
Brendan Fraser: Absolutely, all we needed to do is show up and know that we’re working with a director who is all at once collaborative, but also very certain of the film that he’s going to make. It’s as if he’s already realized it in his mind, and we’re just there to help him render it into reality. But that doesn’t mean he doesn’t take suggestions for a shot by way of rehearsal or blocking a performance that we do before we shoot. He treats all his actors as absolute collaborators.

Bill, you have been in the movie business since the 1970s as an actor and director. Is it hard for you when another director is calling the shots?
Bill Duke: No, when I work with directors, I have great respect for, I become an actor. I don’t direct. I don’t want anything to do with directing. I just want to do my role and follow the instructions of the person in charge because acting in a role is 1,000% effort. You don’t have time to think about much more than being there for your other actors in the scene and making sure your character is intact.

What was it like filming with pandemic restrictions?  Brendan Fraser: The producers had to decide if they would even make this movie under the circumstances, but they believed in Steven that he knew how to do it and had a plan. It was an accomplishment; it shows what can be done. We did adapt, and we found a way to respect the process even though there were many restrictions on it.

Brendan, your character is the instigator. Was it fun to play somebody who is stirring the pot and wheeling all these characters into place?
Brendan Fraser: He is the bag man; he’s got the money, he has the plan, he wants to see who is going to bite. It’s almost like a stock character in film noir. Jones is ambitious, he’s a bully, and he’s not the sharpest tool in the shed, and that’s useful to his other colleagues. In the world of this film, gangsters are reluctant colleagues of sorts. At the end of the day, he’s just a guy who has a job to do, it might be organized crime or at least trying to climb up the rungs of the ladder to get to a better position, but as we all see in this movie, everybody gets what they deserve. It was great fun.

Did you research the 1950s?
Bill Duke: I did research in terms of the period, and segregation which was still going on at that time, the division of blacks and whites. There were many restrictions placed on minorities. Exploring that side of the issue was fascinating.