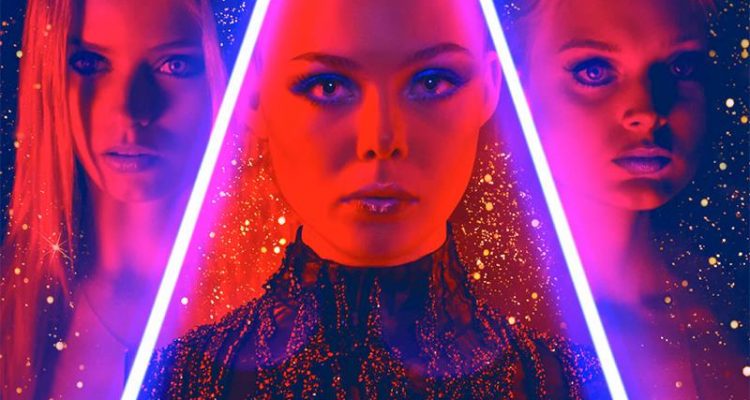 Ever since his first film ‘Pusher’, writier/director Nicolas Winding Refn has polarised audiences with his violent, sex fuelled and challenging films. ‘The Neon Demon’, released in Irish cinemas this week, is no exception. Starring Elle Fanning as Jessie, a young girl trying to make it in the cruel world of modelling in LA, ‘The Neon Demon’ is a beautifully shot, visceral and often troublesome look into the world of beauty. Movies.ie caught up with Refn at the Cannes press conference for the film – which was booed at the official press screening the night before – to find out more about his feelings on reviews, beauty and producing such a female driven film.

The first reviews from Cannes have been either glowing or damning. How do you feel about that?
Nicolas Winding Refn: If I don’t split, what are we doing here? Art is not about good or bad, those days are over. The internet has changed so film, as an art form, is about an experience so good or bad is your Chinese food or your pepper steak at the French bistro last night. Creativity is about reactions, and reactions are the essence of an experience. The essence of an experience is planting thought. If you don’t react, what are you doing here? Why would you waste your time here? There are so many other things in life that are worth doing than watching a movie or TV show just to consume time, that’s dumb. Go do something else. Don’t compromise on life or anything, because that’s where you feel life, and I think that’s an important thing to get across to all those teenagers out there that were like me.

Can you talk about the look of the film, since this is also so powerful in ‘Only God Forgives’?
NWR: Since I am extremely dyslexic, images have integrated part of my understanding, but I also didn’t learn to understand English until very late, so images and a strange sound of a language was very much how my education was for many years. I don’t really know what I do in a sense, I just look at a blank wall and I think “What would I like to see today?” and it’s how I make films and it’s a very instinctive and satisfying way; sometimes puzzling or frustrating for other people, including myself, but there is something so beautifully perverse about just sexualising everything around you to what arouses you.

While the film is very female driven, the men are painted in very interesting ways. Can you talk about this?
NWR: When I was talking with Elle the first time, the idea was that all the men were like the girlfriends in other movies, because all the women and everything else around it is the focus, it’s the movie, everything is secondary in a way. The men represent certain approaches of either fear or control or predators, but essentially they are all really dominated by the female characters, because it is the female characters that allows them to be predators, or allows them to be in control, or allows them to be the boyfriend with a great heart and good morals. I wasn’t particularly interested in that world, I was interested in the women’s world, but in order to create a story around it we needed the quote unquote girlfriends to toss in here and there.

Would you say that the fashion world is harsher and more cruel than the movie world?
NWR: I am not an expert, baby! In no way can I critique that world. I think that any environment that is so much focused on how you look is extremely harsh because it really comments on how were you born, what were you born like? That itself is such a horrible world to even live in, in the sense that it must be terrifying living where the reality is so extreme. At the same time it’s also very intoxicating, it’s very thrilling, it’s very exciting and it’s also very frightening. We didn’t make a movie to comment or make a point, this is a movie of living through Elle Fanning entering this world and that’s what was so exciting. It’s like the canvas was global.

Could you tell us about Jena Malone’s character Ruby?
NWR: The whole process of creating Ruby as a lot to do with Jena Malone. Jena Malone, who is just like beyond acting, came to a casting, she nailed it right away with Elle. [Ruby] was the biggest question mark in terms of the script in terms of what was this character going to become, where the other ones were more defined. Oddly enough, and by a blessing, the only scene I could not shoot in chronological order was the morgue scene. I wanted to shoot in a real morgue; the LA cemetery morgue, so there were dead bodies next to us to build up the mood. In this room where all this death had been, we started shooting and I had to talk Jena through what I wanted her to do and it just escalated into this really intense necrophilia scene that we shot three or four times with all these other women in the room. After that, and this was the second day, I was like “We found her, we found the character. Now go with god.”

Do you think there is something inherently necrophiliac about today’s society?
NWR: There is something very interesting about the digital revolution becoming a reality, where death and beauty is combined because it’s artificial. With the digital revolution you can alter the look, so what you’re seeing is unreality. That means it’s dead, and that was very much the narrative of the film; death and beauty has now become one, because the digital revolution is in the process of creating an alternate universe, that my children and their children will almost live in as if it were the real world because things will more and more become integrated into how we live our every day lives. So the necrophilia scene became very much the essence of the film, that beauty and death, there is nothing in it, except it is the end of the line. There is something very tragic about the Ruby character, but I think that’s one of the interesting and dangerous possibilities of this alternate world that is becoming, in many ways, the real world for our children. It’s gonna be interesting to see what happens because we are not gonna go back; we are not going to reverse the wheel, it’s just gonna get more and more.

You refer to yourself as “The Sex Pistol of film”, what do you mean by that?
NWR: Baby we are search and destroy man. Look at those reactions [to the film], that’s punk rock. Fuck the establishment! Youth culture; take it or leave it but you cannot deny it. That’s search and destroy.

‘The Neon Demon’ is released in Irish cinemas on July 8th 2016. Watch the trailer below…