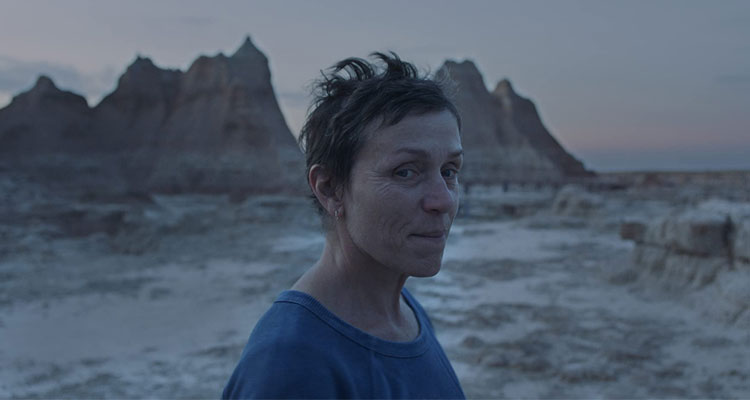 Check out the new trailer for writer-director Chloé Zhao’s NOMADLAND, arriving in Irish cinemas in March.

The Oscar buzz for the Frances McDormand-led character drama continues to grow, with the film taking home top honours at the 30th annual Gotham Awards earlier this week. Having already swept up at the Venice and Toronto film festivals, along with landing Best Film and Best Director at the Boston Society of Film Critics Awards on Sunday, the film is the currently leading the Best Picture Oscar frontrunners..

NOMADLAND stars Frances McDormand as Fern, a woman who, after the economic collapse of a company town in rural Nevada, packs her van and sets off on the road exploring a life outside of conventional society as a modern-day nomad. The film features real nomads Linda May, Swankie, and Bob Wells as Fern’s mentors and comrades in her exploration through the vast landscape of the American West.