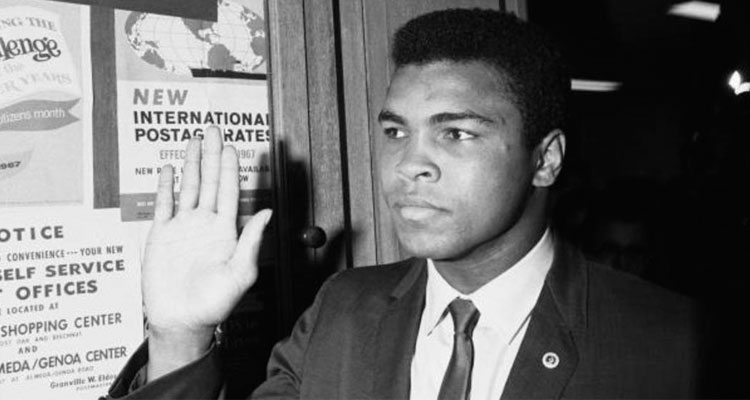 Hollywood has announced plans for a movie centred on boxing legend Muhammad Ali’s refusal to be inducted into the U.S. Army during the Vietnam War.

Per Variety, the film is based on Leigh Montville’s “Sting Like a Bee: Muhammad Ali vs. The United States of America,” that followed the cultural and political implications of Ali’s refusal of service in the military on the basis of his Islamic beliefs.

Born Cassius Marcellus Clay, Jr. the boxer changed his name to Muhammad Ali in 1964, after converting to Islam. On February 25, 1964, at the age of 22, Ali defeated the Sonny Liston in six rounds to become heavyweight champion. Two years later he learned his local draft board had made him eligible to be drafted to which Ali responded: “I ain’t got no quarrel with those Viet Cong.”

On June 20, 1967, the champ was convicted of draft evasion, sentenced to five years in prison, fined $10,000, and banned from boxing for three years. Ali remained out of prison and, along with his attorneys, spent the next four years appealing the verdict. On June 28, 1971, the Supreme Court overturned his conviction.

Shola Amoo (‘The Last Tree’) is attached to direct the feature, working from a script by Phillip Howze.