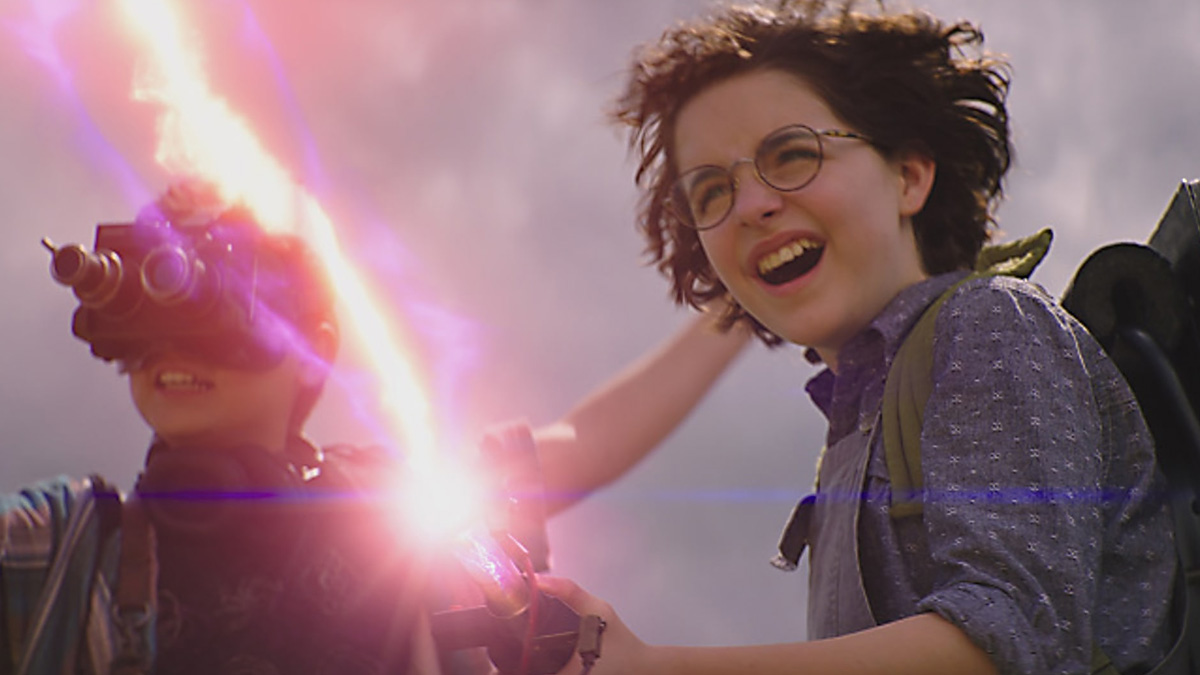 “Something’s coming!” Check out the latest trailer for GHOSTBUSTERS: AFTERLIFE, the long-awaited next chapter in the original Ghostbusters universe. Dripping with nostalgia, the new trailer is full of easter eggs and nods to the original two ‘Ghostbusters’ movies, including a Gozer shrine surrouned by statues of Zuul and Vinz Clortho. GHOSTBUSTERS: AFTERLIFE haunts its way into Irish cinemas on November 11.

After being evicted from their home, single mother Callie (Carrie Coon) and her two kids – science-obsessed daughter Phoebe (Mckenna Grace) and gearhead son Trevor (Finn Wolfhard) – are forced to move to a decayed farmhouse in Summerville, Oklahoma, left to them by the children’s late grandfather, where a series of unexplained earthquakes are occurring despite not being situated on any fault and strange things are happening in an old mine once belonged to the alleged occultist Ivo Shandor.

The children discover their grandfather’s history with the original Ghostbusters, who have since been largely forgotten by the world beyond their fan base.

When supernatural phenomena relating to New York City’s “Manhattan Crossrip of 1984” arises and threatens the world, the kids, along with their family and friends, must use the Ghostbusters’ equipment to save it.