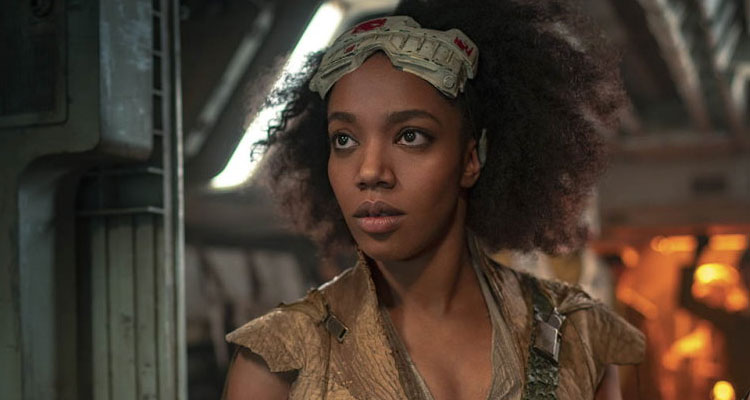 British actress Naomi Ackie (‘Star Wars: The Rise of Skywalker,’ ‘The End of the F***ing World,’ ‘Lady Macbeth’) has landed the role of iconic pop singer Whitney Houston in the biopic ‘I Wanna Dance With Somebody,’ THR has learned.

With ‘The Photograph’ filmmaker Stella Meghie behind the camera, directing from a screenplay by Anthony McCarten (‘Bohemian Rhapsody’), the film will follow the life and times of Houston, whose hit songs include ‘Saving All My Love for You,’ ‘How Will I Know’ and ‘I Wanna Dance With Somebody.’

The Grammy-winning singer, who died in 2012, made her acting debut in the 1992 romantic thriller ‘The Bodyguard,’ and recorded six songs for the film’s soundtrack, including the massively successful cover of Dolly Parton’s ‘I Will Always Love You.’

In a statement to the outlet, Meghie said: “We spent the better part of the last year in an exhaustive search for an actress who could embody Whitney Houston. Naomi Ackie impressed us at every stage of the process. I was moved by her ability to capture the stage presence of a global icon while bringing humanity to her interior life.”

Pat Houston, who is producing on behalf of the singer’s estate, added, “All Whitney fans have an appetite for perfection when it comes to Whitney and her Legacy. To transform someone into a matchless Icon is virtually impossible but with careful consideration Naomi Ackie was selected based on her quality performances and her deep commitment to emerging into the woman that we all loved. We look forward to taking this journey with her.”