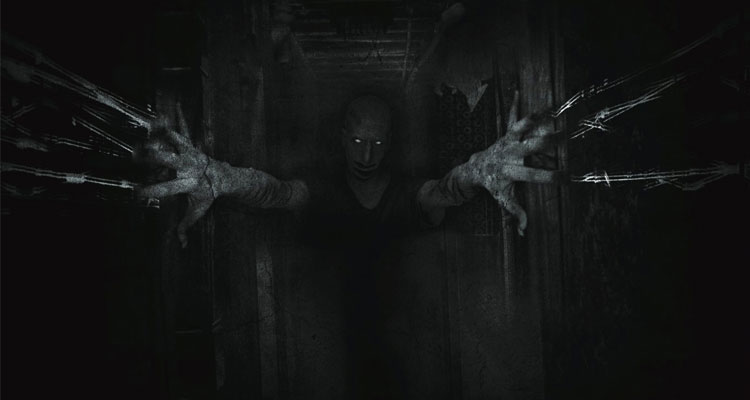 NAILS (Ireland/16/85 mins)
Directed by Dennis Bartok. Starring Shauna Macdonald, Steve Wall, Ross Noble, Charlotte Bradley, Leah McNamara.
THE PLOT: Dana (Shauna Macdonald) is jogging in Sandymount when she crosses the road and is knocked down by a car. She survives and wakes up inside a hospital. However, all is not well. She’s paralysed and is unable to leave her bed. She’s also got a hole in her throat, making speech very difficult. With the help of a laptop computer voice, she expresses her thoughts to concerned husband Steve (Steve Wall), daughter Gemma (Leah McNamara) and nurse Trevor (Ross Noble). While in the room late at night, she wakes up to discover a strange presence with her. A presence that scares her, to the point where she installs video cameras to prove that she’s not hallucinating. But what she sees is not what others see. A malevolent spirit dubbed ‘Nails’ wants her…
THE VERDICT: ‘Nails’ is an Irish horror film that is the feature debut of American Dennis Bartok. He previously wrote inventive horror anthology Trapped Ashes way back in 2006. It’s taken this long for him to make the jump to features, but it’s been mostly worth the wait.
‘Nails’ is an atmospheric, economical horror that makes the most of its low budget and confined environment. The private hospital becomes a character in itself. Rundown and sparsely populated, it’s seen better days. There’s something eerie about the way shadows move on the walls and that nobody else can see what Dana sees. Most of the film is set in Dana’s room, where she encounters ‘Nails’. Bartok makes good use of his location here, building up tension with some jumpy peek-a-boo moments. He also suggests early on that there’s a reason for why all this is happening.
Like a lot of horror films, there’s a murky past to the spirit that needs to be discovered before Dana can fully recover and thereby resolve the story. That’s not exactly original – it’s a familiar trope of ghost films. Bartok, who co-wrote with Tom Abrams, plays to audience expectations here. Bartok doesn’t quite nail everything about the (back)story, but it’s still quite gripping. It helps to have Shauna ‘The Descent’ Macdonald in the cast, as she’s able to effectively convey strength and vulnerability from one scene to another. She makes up for some variable acting elsewhere in the cast. The design for the spirit is also good, without relying too much on the conventional boogeyman look. ‘Nails’ may be in familiar, unremarkable horror territory, but it’s still a decent and tense effort.
RATING: 3/5