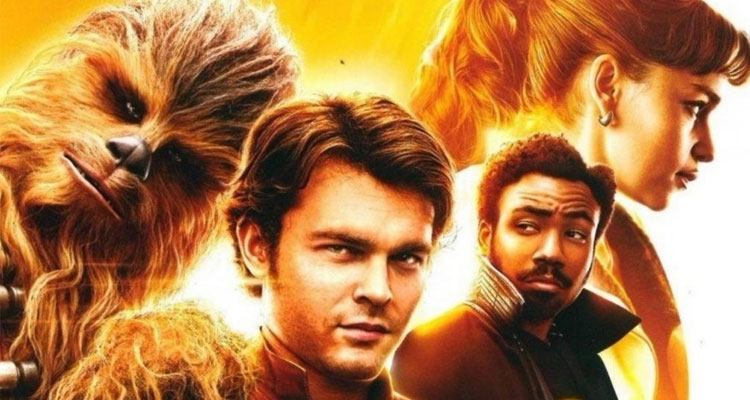 “I want to be a pilot. Best in the galaxy.” The folks over at Disney have dropped the first footage from the highly anticipated spin-off, and it is glorious. The 45-second tease gives us our first look at Alden Ehrenreich as the titular young smuggler, Donald Glover’s Lando Calrissian, along with Emilia Clarke and Woody Harrelson’s characters. Now we await the first full-length trailer, which will thankfully arrive online tomorrow.

Board the Millennium Falcon and journey to a galaxy far, far away in SOLO: A STAR WARS STORY, an all-new adventure with the most beloved scoundrel in the galaxy. Through a series of daring escapades deep within a dark and dangerous criminal underworld, Han Solo meets his mighty future copilot Chewbacca and encounters the notorious gambler Lando Calrissian, in a journey that will set the course of one of the Star Wars saga’s most unlikely heroes.