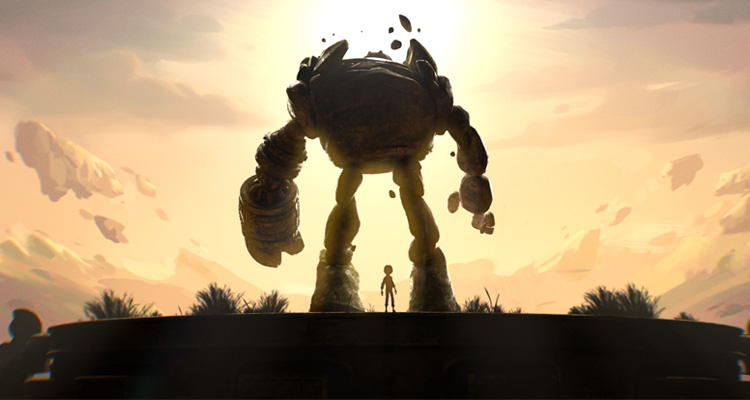 Must Watch: THE SENTINEL – Proof Of Concept Short

It may have a runtime of less than 2 minutes, but this jaw dropping proof of concept from filmmakers Adam Floeck and Nate Swinehart will have you hooked and wanting more.

The world as we know it is gone. A terrible force known as The Scourge has ripped apart the land, boiled the seas and broken even gravity itself. A band of survivors has taken refuge in a mountaintop fortress, the lone safe-haven from the chaotic world below. They constructed a mythic warrior, a stone giant known as The Sentinel, with the power to restore the world so that it can once again sustain life. Centuries pass as the people wait for their hero to return and liberate them, but a boy named Ori refuses to wait any longer. He is willing to do the forbidden and escape the fortress itself to seek the warrior and fulfil the Legend of Humanity’s deliverance. Little does he know The Sentinel is waiting just outside the fortress walls, and the journey the two must embark on is nothing either could imagine.

Floeck and Swinehart, who previously collaborated on the animated short LEGACY, have been developing the world and characters of THE SENTINEL for almost four years. Now, with the trailer out in the wild and a pitch book written, they are now seeking financing to begin production of an animated series to truly bring the world of THE SENTINEL to life.