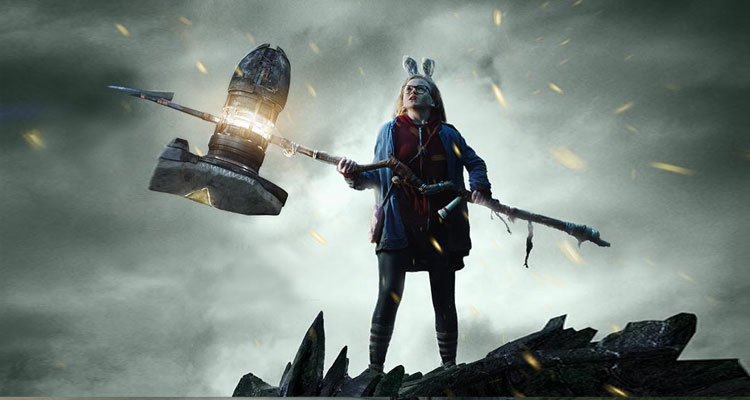 Must Watch: I KILL GIANTS Trailer Introduces an Unlikely Superhero

Promising first footage from the upcoming adaptation of Joe Kelly and J. M. Ken Niimura’s graphic novel about a young girl who chooses to escape the realities of her drab life by retreating into a magical world of Titans and Giants. The directorial debut of Danish filmmaker Anders Walter, the fantasy adventure was filmed in Dublin and surrounding areas back in 2016.

Barbara Thorson (Madison Wolfe) is your new hero. A quick-witted, sharp- tongued middle-schooler who isn’t afraid of anything. As the only girl in school carrying an ancient Norse warhammer in her purse and killing giants for a living, why wouldn’t she be? I KILL GIANTS is the sweeping, bittersweet story of a young girl struggling to conquer monsters both real and imagined as her world crumbles at the feet of giants bigger than any one child can handle.