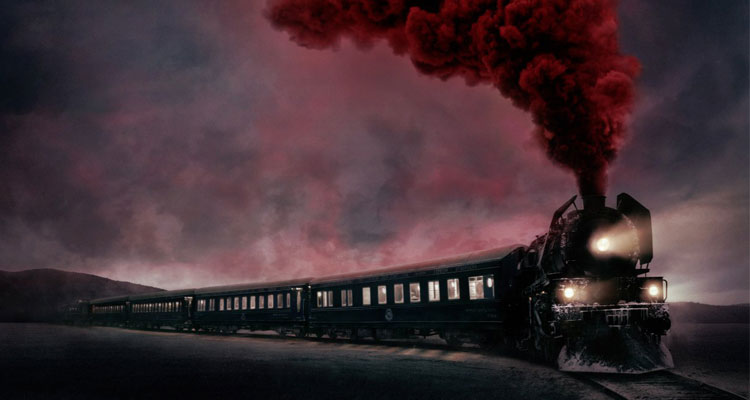 MURDER ON THE ORIENT EXPRESS – 10 THINGS TO KNOW

2. MURDER ON THE CALAIS COACH
The story first appeared in 1933 as a 6 part serialisation in the Saturday Evening Post newspaper under the title ‘Murder on the Calais Coach’. This name was used to avoid confusion with the 1932 Graham Greene novel ‘Stamboul Train’ which had been published in the USA as ‘Orient Express’. The book was released in the UK in 1934 under its now infamous title ‘Murder on the Orient Express’.

3. READ ALONG WITH KENNETH
Want to have Kenneth Branagh read you a bed-time story? Well you’re in luck… To tie in with the release of the new movie, Branagh, has recorded an audiobook of him reading Agatha Christie’s classic novel in full.
4. 65MM This is Kenneth Branagh’s 2nd movie to be shot on 65mm film, the first being ‘Hamlet’ in 1996. After 21 years, Branagh decided to use this film format once again because, he felt inspired by some independent movies he had been watching.

6. OTHER ORIENTS
The first adaptation of ‘Murder on the Orient Express’ was the award-winning 1974 film Albert Finney as Poirot. Other stars included Sean Connery, Lauren Bacall, and Ingrid Bergman, who won an Oscar for her role as Greta Ohlsson. The film won nine awards in total and had an additional sixteen nominations in 1975. It was remade for TV in 2001, with Alfred Molina as Poirot.

7. REAL LIFE MYSTERY
The story is loosely based on the real-life kidnapping and murder of famous aviator Charles Lindbergh’s young son in 1932. Agatha Christie was a regular passenger on the real-life Orient-Express and was inspired to write her story after getting stuck on the train for a long period due to snow and flooding. Many characters from the book are based on people she met.

8. CHALLENGING PFEIFER
Michelle Pfeiffer described the making of the film as “deceptively challenging” due to the nature of the period and the language used during that era.

10. POPULAR CULTURE
The novel has influenced numerous movies and TV shows over the years. It’s featured in shows like ‘Red Dwarf’, ‘Futurama’ ‘The Muppets’, ‘My Little Pony’, ‘Sabrina The Teenage Witch’, ‘Family Guy’, ‘Moonlighting’ and was even parodied in Tina Fey’s sitcom ’30 Rock’. Doctor Who borrowed from the novel twice, a 2014 episode had the Doctor take his companion Clara on an adventure on the Orient Express, albeit one in space, while in an earlier episode “The Unicorn and the Wasp” the Doctor actually met Agatha Christie herself in the middle of a murder mystery. Edgar Wright also revealed on the DVD commentary of his 2007 movie ‘Hot Fuzz’ that the murder plot of his film was inspired by the classic novel.