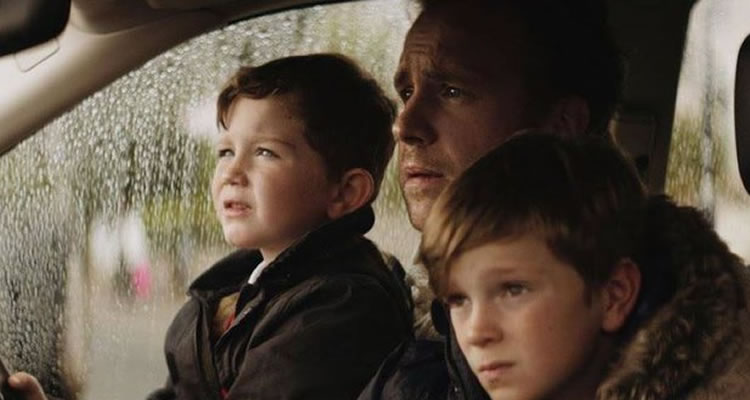 MUM’S LIST (UK/12A/101mins)
Directed by Niall Johnson. Starring Rafe Spall, Emilia Fox, Elaine Cassidy, William Stagg, Matthew Stagg
THE PLOT: Dying mother Kate (Emilia Fox) creates a wishlist of things for her husband Singe (Rafe Spall) to do with their two young sons after she is gone. As Singe struggles to come to terms with the inevitable and the heart breaking, he makes a vow to do everything his wife asked.
THE VERDICT: Based on the novel ‘Mum’s List: A Mother’s Life Lessons to the Husband and Sons She Left Behind’ by St John Greene, ‘Mum’s List’ tries to be a weepy tearjerker about a woman taken from her family too soon, but thanks to some muddled story choices and a lack of characterisation, ‘Mum’s List’ is not the affecting tale the filmmakers hoped for.
Rafe Spall leads the cast as the newly widowed Singe – short for St John – and while he has a knack for playing sadness, there is very little to define the character, other than being a husband and father. Emilia Clarke plays the dying Kate in flashback, and she tries her best to make Kate a warm character, but there is very little to her, other than the fact that she is sick. The rest of the cast features Elaine Cassidy, Matthew Stagg, William Stagg, Ross McCormack and Sophie Simnet.
The screenplay, adapted from St John Greene’s book by director Niall Johnson lacks structure, and this is the main problem with the film. The story begins at the end, and while this is fine in theory, there is no middle and proper ending to back this beginning up. As well as this, for a film called ‘Mum’s List’, there is surprisingly little focus given to the actual list or accomplishing the wishes that Kate had for her family. While Rafe Spall and Emilia Fox do their best with their roles, the characters are drawn so thin that their only defining characteristics seem to be the illness that afflicts Kate and once affected their young son.
As director, Niall Johnson struggles to pace the film as the structure of the story is against him from the start. Flashbacks and the present day blend together until it is difficult for the audience to tell what is going on, and without the structure of the list to carry the film, the entire film turns into a surprisingly emotionally vapid mess.
In all, ‘Mum’s List’ should have been a tribute to the real life Kate Greene, who tried to leave structure for her family after she passed away. A flabby script that lacks structure destroys the film, however, and it is hard to root for or empathise with characters that are little more than names on a page. Stories like this have been done before, and to much greater effect.
RATING: 1/5
Review by Brogen Hayes