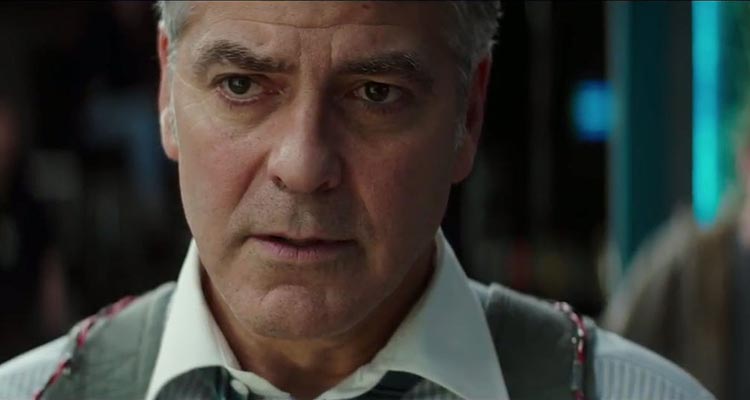 ‘Money Monster’ is released in Irish cinemas this week, after screening during the Cannes Film Festival earlier this month. The film follows Lee Gates (George Clooney), a TV presenter who advises his viewers on investing their money. When Kyle Budwell (Jack O’Connell) takes Gates hostage live on air after Lee’s recommendation caused him to go bankrupt, deeper conspiracies and frauds are uncovered.

RUN LOLA RUN
Director Tom Tykwer’s 1998 film follows Lola (Franke Potente) as she spends a hectic twenty minutes trying to come up with 100,000 deutschmarks to save her boyfriend’s life. The film shows three different possible outcomes to Lola’s plan to ask her “Papa” – who is a bank manager – for help to gain the money, and each of them takes place in real time.

Each of Lola’s three ‘runs’ ends with a different outcome, playing on the idea of free will vs fate, and each of them follows Lola as she sprints through the streets of Berlin, determined to help the man she loves and stop him from being killed for his debt. The three runs take place in real time, before the story restarts when things go wrong. ‘Run Lola Run’ clever use of real time storytelling, and one that adds to the urgency of Lola’s missions.

UNITED 93
Flight 93 took off from Newark International Airport on the morning of September 11th 2001, at 8.42am. At 10.03am, the plane crashed in Pennsylvania after being hijacked by members of al-Quaeda, with the presumed target being somewhere on the east cost of the US; perhaps the White House or the Capitol Building. Paul Greengrass’ 2006 film ‘United 93’ follows the events that took place on the plane when hijackers took control and passengers fought back, all in real time.

Paul Greengrass’ film has been praised for its narrative tension, as well as the fact that it pays tribute to the passengers who struggled to take back control of their flight, even though they knew they were doomed either way. Telling this story in real time not only makes the time frame startling and compelling but, since much of the film takes place within the confines of the plane, this adds to the claustrophobic and desperate feeling throughout the film.

BEFORE SUNSET
Nine years after they spent a romantic and passionate night together, walking and talking through the streets of Vienna, Jesse (Ethan Hawke) and Celine (Julie Delpy) encounter one another again, this time in Paris; Jesse is giving a reading from his novel inspired by his time with Celine and in the audience he sees her smiling at him. The two have limited time together, with Jesse having to leave to catch a plane, but like the first time they met, the conversation between the two quickly turns to the deeper things in life. After walking and talking, much as they did in the first film, the two finally reach Celine’s apartment, where it seems that Jesse is more than happy to miss his flight home to his wife in order to spend time with a girl he met on a train many years before.

Each of the films in Richard Linklater’s acclaimed ‘Before’ trilogy takes place in the space of a few hours, but ‘Before Sunset’ is the only one of the three that seems to stick to the idea of real time. This works for the idea of the film, as Jesse and Celine’s time together is constrained and precious, forcing the two to turn to the deeper issues in their life than the usual small talk that could occupy far more than the running time of the film.

MY DINNER WITH ANDRE
Over the course of one evening, and one dinner at the famous Café Des Artistes in New York City, Wallace Shawn and Andre Gregory have a conversation, one that encompasses much of human experience; from the simple pleasure of a cup of coffee to the nature of life. The film contrasts the personalities played by Shawn and Gregory – they have often denied they were playing themselves – and has won critical acclaim and loving parodies in popular culture.

Although it is never specifically stated that ‘My Dinner with Andre’ takes place in real time, it is clear throughout the course of the film that it is designed to look as though it does. This lends weight to the urgency of the conversation between the two main characters, and gives the conversation a strong and realistic feeling flow.

12 ANGRY MEN
In Sidney Lumet’s film, led by Henry Fonda, a jury of 12 men debate the guilt or innocence of a defendant on the basis of reasonable doubt. As the 12 sit in a room and argue their points, truths about the men, their lives and their beliefs come to light, as all the while, the men know they must come to a unanimous agreement on the fate of the person on trial.

Like the films mentioned above, ‘12 Angry Men’ makes compelling viewing since it is set in real time. The audience is drawn into this intense debate between those who believe the defendant to be guilty, and the holdouts who care whether justice is done, not whether their fellow jurors have plans for the evening. ’12 Angry Men’ is perhaps one of the first films to unfold in real time, and is still one of the most compelling taut and engaging examples of the format.

Honourable mentions to… ‘Tape’ and ‘Cleo from 5-7’

‘Money Monster’ is released in Irish cinemas on May 27th 2016. Watch the trailer below…