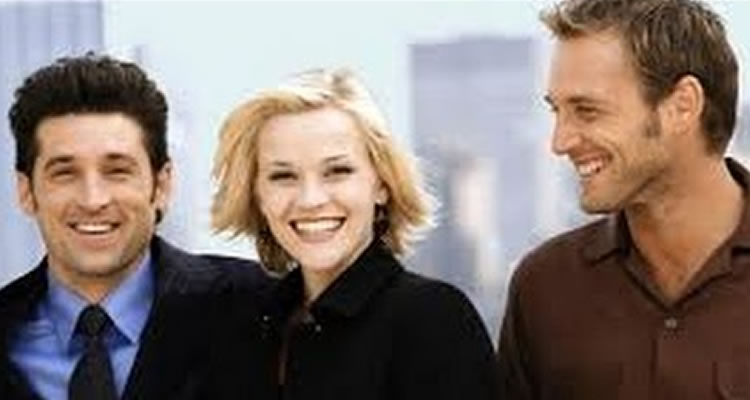 ‘American Honey’ is released in Irish cinemas this week. Andrea Arnold’s latest film follows a group of twenty-somethings as they travel across America selling magazine subscriptions in suburban areas, and trying to make as much money as possible. Named after a 2010 song by Lady Antebellum – which romanticises the ideal childhood in America – the song is a strong contrast to the dark and very grown up circumstances the young Star (Sasha Lane) finds herself in when she joins Krystal’s (Riley Keough) road crew.

To celebrate the release of the Cannes award winning ‘American Honey’ in Irish cinemas, Movies.ie have taken a look back at some other movies to take their names from famous songs. Keep reading to find out more…

I WANNA HOLD YOUR HAND
Directed by Robert Zemeckis in his feature film debut, and released in 1978, ‘I Wanna Hold Your Hand’ takes its name from a Beatles song – albeit with the contraction “wanna” instead of “want to” as the original song is titled. ‘I Wanna Hold Your Hand’ follows the antics of die-hard Beatles fans from New Jersey as they travel into New York City with the hope of catching a glimpse of their idols. Of course, these six teenagers learn more about life, and each other, along the way.

‘I Wanna Hold Your Hand’ is a great title for a film about Beatles fans, since they would have given almost anything – at the height of Beatlemania – to meet their heroes and maybe, just maybe, even get to gold one of their hands.

WALK THE LINE
Released in 2005, ‘Walk The Line’ is a biopic about the singer Johnny Cash – played by Joaquin Phoenix – and the film takes its title from one of Cash’s most famous songs. ‘Walk the Line’ follows Cash as he meets June Carter (Reese Witherspoon), and the two become a formidable songwriting pair, although they somehow cannot quite figure out how to make their relationship with one another work.

‘Walk the Line’ is, again, a clever choice for a film about Johnny Cash. Not only is the song title instantly recognisable and synonymous with the singer, but it also encapsulates the idea that Cash always went his own way, in music, in life and in love.

AMERICAN PIE
Cast your mind all the way back to 1999, before the three sequels and four spin off movies, to ‘American Pie’, which focused on a hapless bunch of teenagers trying to lose their virginities before they leave high school. Of course Jim (Jason Biggs) seems to have more luck with a dessert than with an actual human woman, and thus the title, and the franchise, ‘American Pie’ was born!

Sharing a title with Don McLean’s song ‘American Pie’ was surely no coincidence as the song is so recognisable and has permeated popular culture since its release in 1972. That said, it is highly unlikely the title of the film was inspired by any of Don McLean’s lyrics, and simply is a play on a popular song, and the fact that one of the characters gets it on with a warm apple pie.

BOYS DON’T CRY
Also released in 1999, ‘Boys Don’t Cry’ not only made an overnight star of actress Hilary Swank, but it also shares a title with the song by The Cure, released in 1984. ‘Boys Don’t Cry’ is the story of transgender man Brandon Teena (Swank) as he adopts a male identity and attempts to find love and acceptance in a new town. When his secret is discovered, however, Brandon faces rejection and extreme violence.

The song by The Cure mourns lost love and the one that got away, and although this is very much not the theme of the film, there is a similarity in spirit, since Brandon immerses himself in his male identity and intends to live his life as the man he knows himself to be.

SWEET HOME ALABAMA
2002 romantic comedy ‘Sweet Home Alabama’, starring Reese Witherspoon and Josh Lucas, tells the story of Melanie (Witherspoon) who has changed her accent and her name to hide her poor Southern roots and make it as a designer in New York City. When she returns home to tell her family of her engagement – and get a quick divorce from her childhood sweetheart Jake (Lucas) – Melanie begins to realise that although she has not been home in a long time, the feeling of belonging never truly goes away.

‘Sweet Home Alabama’ has thematic ties to Lynyrd Skynyrd’s 1974 song throughout the film; the song is a celebration of everything great in the southern US – and a rebuttal of Neil Young’s songs “Alabama” and “Southern Man”, which criticised the South for slavery and its treatment of African American people – and it is only when she returns to the place she was born that Melanie realises there is plenty to love in her home state… Including the man that she ran away from in the first place.

Honourable Mentions to… ‘Stand By Me’, ‘Pretty Woman’ and ‘My Girl’

‘American Honey’ is released in Irish cinemas on October 14th 2016. Watch the trailer below…