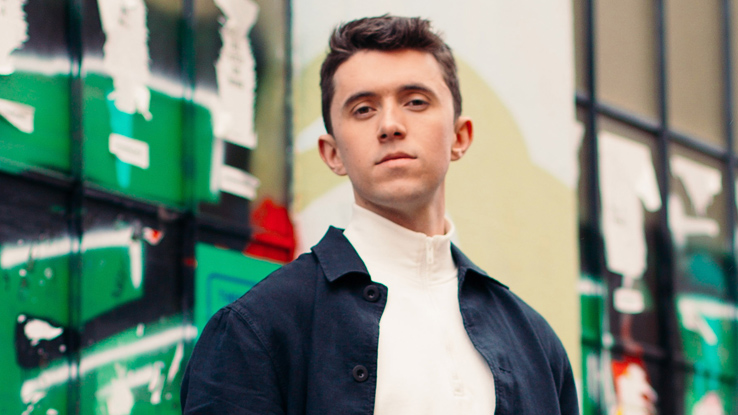 Ryan O’Shaughnessy is this years Irish entry at the Eurovision Song Contest with his song ‘Together’. Cheer him on at the Semi Final on RTE 2 on May 8th & tune into RTE 1 for the Eurovision Final on Saturday May 12th.

The last movie I watched was ‘The Road to El Dorado’.
My girlfriend has an obsession with animated movies and it was her turn to pick the flick the other night. At first I was unimpressed but I soon became I engrossed in the fantasy.

Favourite Irish Movie?
The first one that comes to mind is ‘The Young Offenders’. Two impressionable Cork natives on there journey to wealth. You nearly begin to feel sorry for them. Great story and great acting.

Favourite movie of all time is ‘Forrest Gump’.
Tom Hanks in his prime. It hits on a lot of political issues and is a good depiction of Alabama at the time. It’s also a rollercoaster of emotion which I love.

The movie I couldn’t sit through again is ‘Snakes on a Plane’.
Such a silly concept and low budget crap!

One Movie That Makes Me Cry Is ‘The Notebook’.

The first and only time a movie has moved me to tears. I was overcome with emotions.

Favourite Comedy?
My favourite comedy which I think is underrated has to be ‘Tropic Thunder’. Such an amazing cast and hilarious gags

Favourite Horror?
I remember being scared sh*tless in the cinema watching

I think the style was so clever and believable even to a skeptic like myself.

With Eurovision approaching what’s your favourite European Movie?
‘Amelie’ always stands out as a favourite.

Favourite Superhero movie?
I love a good Marvel and ‘Guardians of the Galaxy’ stands out to me. I think it’s the soundtrack that makes it more relatable then other superhero movies.