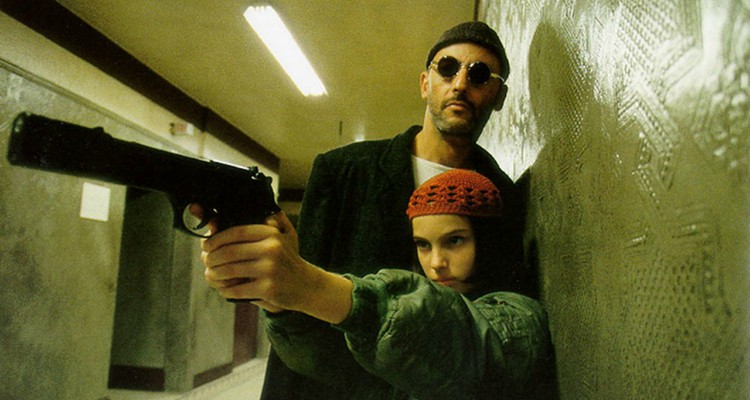 ‘War on Everyone’ is released in Irish cinemas this week, and stars Alexander Skarsgård and Michael Pena as corrupt cops in New Mexico who have carved out a nice career for themselves by doing things that are less than legal. These two buddies run into trouble however, when they try to intimidate someone who is even more dangerous than they are.

To celebrate the release of ‘War on Everyone’ – directed by John Michael McDonagh – Movies.ie have taken a look back at some other movies that focused on cops that were less than honest.

PRECINCT SEVEN FIVE
Tiler Russell’s 2014 documentary told the story of the 75th precinct of the New York Police Department, which in 1982, was one of the most corrupt in the city’s history. Into this world strolled young cop Michael Dowd, who soon realised he could make a fortune by playing both sides of the police/criminal divide. Dowd drew his partner Kenny Eurell into his underworld dealings, but of course this level of corruption could not go on forever.
‘Precinct Seven Five’ is an exceptionally well-made documentary, and it exposes a terrifying real underworld in New York. The film is made even better by Michael Dowd and Ken Eurell telling their story in their own words, with some help from the criminals they worked with. A truly surprising and engaging documentary.

LA CONFIDENTIAL
Based on James Ellroy’s novel of the same name, ‘LA Confidential’ follows three police officers in 1950s LA. Ed (Guy Pierce), Vincennes (Kevin Spacey) and White (Russell Crowe) each have different ways of getting results and investigating crimes, but even though the trio try to keep things in the straight and narrow – although Vincennes has no qualms about selling stories to tabloids – they soon discover that corruption is all around them.A classic cop movie, ‘L.A. Confidential’ is a twisting and turning mystery movie, that keeps the audience on the edge of their seats the whole time. As well as this, ‘L.A. Confidential’ has a whopping 99% approval rating on Rotten Tomatoes and was nominated for nine Oscars, winning two; Best Supporting Actress for Kim Basinger and Curtis Hanson and Brian Helgeland for Best Writing (Adapted Screenplay).

A TOUCH OF EVIL
Loosely based on the novel ‘Badge of Evil’ by Whit Masterson, ‘A Touch of Evil’ is written by, directed by and starring Orson Welles. After a bomb explodes on the border between the US and Mexico, Mike Vargas (Charlton Heston), a drug enforcement official with the Mexican government, is on site when the explosion happens, and takes a personal interest in the investigation. What Vargas doesn’t realise, however, is that police chief Hank Quinlan (Orson Welles) has his own ideas about how to look into the attack; ideas that are often less than legal.
When Orson Welles initially delivered ‘A Touch of Evil’ to Universal in 1958, the film was re-edited, with extra scenes added that Welles did not approve. The original cut no longer exists but material was added back in in 1976, and a memo written by Welles was used to re-edit the film in 1998. ‘A Touch of Evil’ is considered to be the last Noir film made in the classic era of the genre, and Welles’ distinctive 3 minute 20 second tracking shot that opens the film is widely considered one of the greatest long takes ever made.

FILTH
James McAvoy takes on the role of Detective Sergeant Bruce Robertson in this movie adaptation of Irvine Welsh’s novel of the same name. Bruce is scheming, manipulative and is only too happy to abuse the power that comes with his job. When he finds himself in line for promotion within the ranks, Bruce must battle his own demons – accentuated by the impending Christmas season – in order to face down his rivals, and get the post he feels he deserves. ‘Filth’ is a messy and erratic look at a man who seems to be holding everything together, but whose life is quickly crumbling. James McAvoy does spectacularly well as the hateable cop; his cheeky winks to camera and the heightened visual style only adding to the film.

LEON: THE PROFESSIONAL
Luc Besson’s 1994 film was not only the first feature length film to star Natalie Portman, but it is a film that showcases Gary Oldman’s skill at playing evil to absolute perfection. Oldman plays Norman Stansfield, a corrupt DEA officer whose ire is directed Mathilda’s (Portman) father for over cutting cocaine. After Stansfield murders her family, Mathilda enlists the help of hitman Léon (Jean Reno), to take revenge on Stansfield.
As well as Norman Stansfield being considered one of the best – albeit over the top – villains in modern cinema, ‘Léon: The Professional’ was a commercial success and has become beloved by critics and fans around the world.

Honourable Mentions to… ‘Serpico’, ‘The Departed’ and ‘Infernal Affairs’

‘War on Everyone’ is released in Irish cinemas on October 7th 2016. Watch the trailer below…