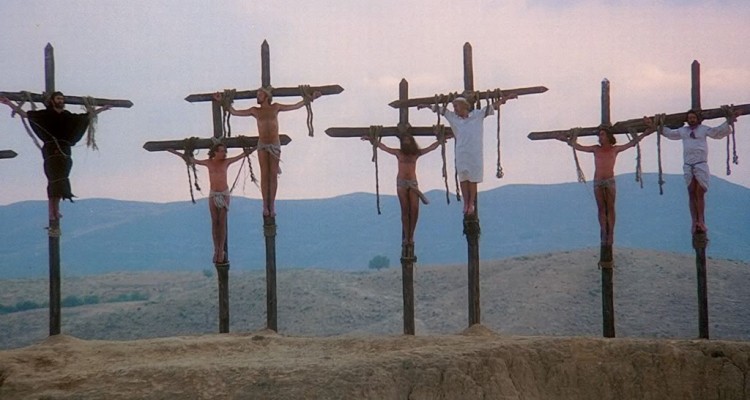 Gaspar Noé’s latest film ‘Love’ is released in 3D in Irish cinemas this week. The film stars Karl Glusman as Murphy, an American living in Paris who stars a sexually charched relationship with a woman named Electra (Aomi Muyock). The relationship only becomes more complicated after the couple invite their neighbour Omi (Klara Kristin) to share their bed.

The film has already caused brawls at the Cannes Film Festival as audiences queued to see it, and has been banned in Russia for pornographic content. Although films being banned in Russia is nothing new – the 2012 film ‘Klip’ was also banned for the same reason – this got us thinking about films that were banned in Ireland, since the Irish Censorship office was noted for heavily cutting and outright banning films until relatively recently.

The Film Censors Office’s official figures state that an amazing 2,500 films received theatrical performance bans, and over 11,000 films were edited between the 1920s and 1980s. Many bans were lifted in 2000, when a review also stated that no more films would be banned. Here, for your reading pleasure, are some of the top films that were once banned in Ireland.

MONTY PYTHON’S THE LIFE OF BRIAN
Originally released in 1979, ‘Monty Python’s The Life of Brian’ was banned in Ireland since the entire film is made up of religious satire that was controversial at the time. The film was also banned in Norway and several local authorities in the UK followed suit. The ban on ‘The Life of Brian’ was finally lifted in Ireland in 1987, but the film still draws ire from religious groups around the world. ‘Monty Python’s The Meaning of Life’ – released in 1983 – was also banned in Ireland for similar reasons.

A CLOCKWORK ORANGE
Stanley Kubrick’s film about the charismatic Alex DeLarge (Malcolm McDowell) and his gang of loyal ‘droogs’ who kill homeless people and rape women was banned in Ireland because of its violence. As well as this, Kubrick asked for the film to be withdrawn from distribution in the UK after two alleged copycat killings. The film only became available to British audiences after Kubrick’s death in 1999. The Irish ban on the film was lifted in 2000.

FANTASIA
Yes, the iconic film from the House of Disney was banned in Ireland on its release in 1940. It is not immediately clear why the film was banned, but we can guess that in 1940s Ireland, the idea of a mouse performing magic to get out of cleaning up after the Sorcerer was not one that sat well with Irish censors. Of course, this ban was later lifted, and the RTÉ Concert Orchestra performed the music from the film live at the Bord Gáis Energy Theatre in Dublin just last month.

BRIEF ENCOUNTER
David Lean’s 1945 film was banned in Ireland for being “too permissive of adultery” as the film centres on Laura Jesson (Celia Johnson), a respectable middle-class woman in an affectionate but rather dull marriage who is forgiven by her husband for having an affair. The film is based on Noel Coward’s 1936 play ‘Still Life’, and is now happily available in Ireland.

A YANK IN THE RAF
perhaps the strangest tale of censorship in Ireland is that of the 1943 film ‘A Yank in the RAF’. The film was released in Ireland and ran for a week at Dublin’s Savoy cinema, during which time 41,000 people saw the film, but had its certificate suddenly pulled. The reason? Well ‘A Yank in the RAF’ was seen to be a fairly standard propaganda film released when World War II was tearing the world apart, but since Ireland was neutral in this conflict, the film was seen to be inappropriate and yanked from Irish cinemas.

‘Love’ is released in Irish cinemas on November 20th 2015