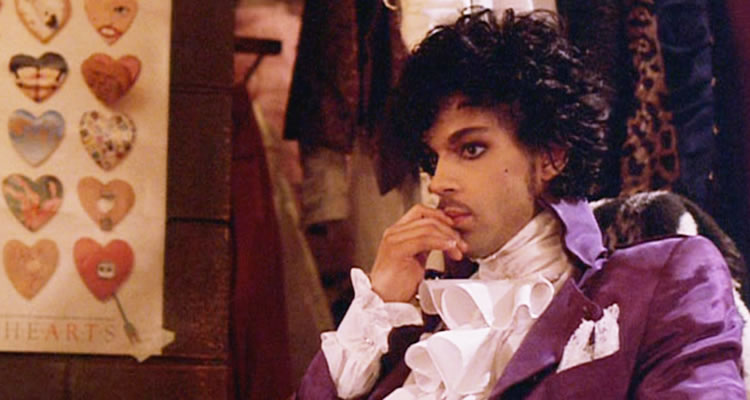 Movies about Musicians from PURPLE RAIN to SELENA

To celebrate the release of ‘Florence Foster Jenkins’, Movies.ie has taken a look back over some of the best movies about musicians, be they real or fictional.

PURPLE RAIN
In honour of the late great Prince, who we sadly lost just a couple of weeks ago, we had to include the singer’s acting debut; ‘Purple Rain’. The film stars Prince as a semi-biographical character called The Kid who, to escape abuse at home, throws himself into working with his band The Revolution, but must contend with a rival singer, a blossoming romance and the complaints of his band as fame comes calling.
‘Purple Rain’, directed by Albert Magnoli, was a critical success, won Prince an Oscar for Best Music, Original Song Score and went on to influence the first film in the Tuareg language; ‘Akounak Teggdalit Taha Tazoughai’, which translates to ‘Rain the Colour of Red with a Little Blue In It’.

JOSIE AND THE PUSSYCATS
‘Josie and the Pussycats’ focuses on the entirely fictional band of the same name, made up of Josie (Rachael Leigh Cook), Valerie (Rosario Dawson) and Melody (Tara Reid) who find themselves suddenly hitting the big time, but it soon becomes clear that their new manager has a plan to take over the world through the band’s music.
Fictional band ‘Josie and the Pussycats’ appeared in comic books and a TV series before being immortalised on the big screen. The songs created for the film are fun and catchy, and if Josie and the Pussycats ever decided to tour, we would be there in the front row.

WALK THE LINE
Released in 2005, ‘Walk the Line’ saw Joaquin Phoenix play the iconic singer Johnny Cash, with Reese Witherspoon play Cash’s wife, June Carter Cash. The film chronicles the life of Johnny Cash, from his modest country childhood to his rise to fame and international acclaim.
Interestingly, ‘Walk the Line’ began life when Cash appeared on an episode of ‘Dr Quinn, Medicine Woman’ and became friends with Jane Seymour, the star of the show, and Seymour’s husband James Keach. Cash later asked Keach to make a film of his life, which Keach ultimately passed on to director James Mangold. Joaquin Phoenix was nominated for an Oscar for his role in the biopic, with Reese Witherspoon winning the golden statuette for her role as June Carter Cash.

SELENA
This 1997 film helped to launch the career of Jennifer Lopez; she had appeared in other roles as an actress, but it was her performance in ‘Selena’ that caught public attention. The film is the story of singer Selena Quintanilla, who made a career as a singer, songwriter, spokesperson, actress, and fashion designer, but whose life was tragically cut short when she was 23. The film tells the story of Selena’s early life, her incredibly successful career before moving on to her death at the hands of her fan club manager in 1995.
‘Selena’ was released just two years after Quintanilla’s death – production started only months after her murder – and although Selena’s fans were not happy about Lopez playing their idol, the film went on to become one of the highest grossing musical biopics of all time, and Lopez was praised for her passionate performance.

ANVIL: THE STORY OF ANVIL
Directed by former Anvil roadie and fledgling filmmaker Sacha Gervasi, the rockumentary ‘Anvil: The Story of Anvil’ plays like a real life ‘This is Spinal Tap’, as the band never give up their dreams of making it, even though they have been struggling for fame since almost 30 years. ‘Anvil: The Story of Anvil’ is touching and sweet, and the fact that these ageing rockers have still the same hunger for success as they did when they started out, and have never given up, is both heartbreaking and uplifting.
The good news is that after the success of the film, Anvil toured the US and played the Download festival in the UK and released their 16th studio album earlier this year.

Do you have a favourite film about real or fictional musicians? Let us know in the comments below.

‘Florence Foster Jenkins’ is released in Irish cinemas on May 6th 2016. Watch the trailer below…