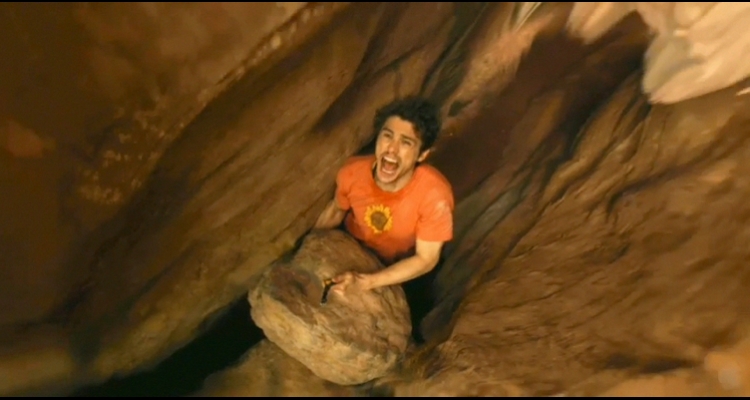 Movies about Isolation – From ROOM to GRAVITY

‘Room’ is released in Irish cinemas this week. The film, produced by Ireland’s Element Pictures and directed by Irishman Lenny Abrahamson picked up a Golden Globe award for leading actress Brie Larson and is already being tipped for Oscars glory. ‘Room’ is told through the eyes of five year old Jack (Jacob Tremblay), and focuses on his life with his mother Joy (Brie Larson) in a tiny and confining space. After Jack learns not only was the only place he has ever known his entire life is bad, but also that all the things he sees on TV are in fact real, he soon discovers that there is an entire world beyond the four walls of room.

Since a lot of ‘Room’ is spent with characters in isolation, closed off from the rest of the world, Movies.ie have taken a look back over similarly lonely movies of recent years.

Imagine falling and floating 600km above earth, the only home you have ever known, but unable to get back to it, or even have solid ground under your feet. This is what happens to poor astronaut Ryan Stone (Sandra Bullock) after an encounter with a debris field sets her adrift from the space station and her colleagues.
‘Gravity’ is a film about total isolation, but the object of our hopes and fears being within tantalising reach. As well as this, it is a film about courage and the fight to survive.

After his plane crashes on an uninhabited island in the South Pacific, FedEx employee – and only survivor – Chuck Noland (Tom Hanks) spends four years trying to survive on an admittedly beautiful but inhospitable island, while trying to figure out a way to get back to the world that he so dramatically fell out of.
Of course ‘Cast Away’ will always be remembered for Tom Hanks’ character making friends with a volleyball then wailing in anguish at its loss, but the film is another testament to the strength of the human spirit and will to survive.

Another space movie, but not one that sees the characters set adrift; Duncan Jones’ directorial debut stars Sam Rockwell as Sam Bell, a man who maintains operations at a base on our moon, in the not too distant future. The film follows Bell as he goes about his daily life on the moon until he becomes injured, when his AI companion GERTY (Kevin Spacey) makes a decision that throws Bell’s beliefs and life into chaos.
‘Moon’ is an isolation film with a twist, and it is this twist that makes it so human and engaging, while standing apart from so many other space adventure movies. Sam Rockwell is on wonderful form in ‘Moon’ and Duncan Jones cemented his place as a director to watch.

Director J.C. Chandor followed up his first film – ‘Margin Call’, which had a hUge ensemble cast – with a film that only ever had one actor on screen. ‘All is Lost’ tells the story of a man (Robert Redford) forced to survive against extraordinary odds, alone at sea, when a shipping container hits his small boat.
All is Lost is a challenging, frustrating and engaging examination of hope and survival. Redford is commanding and Chandor’s film is both cruel and uplifting. There are times when the film feels thin, and our man’s actions can be a little frustrating but the strength of the film is that our empathy always lies with him.

Danny Boyle’s 2010 film is the true story of adventurous mountain climber Aron Ralston (James Franco) who sets out into the wilderness alone, but soon finds himself in an impossible, terrifying and unimaginable situation when his arm becomes trapped under a boulder in a canyon near Moab, Utah. After spending almost five days praying for help, thinking about his mistakes and bemoaning his fate, Ralston makes a tough decision in order to survive.
James Franco may not always be alone on screen in ‘127 Hours’ as his character hallucinates conversations and remembers events from his past, but the film is a testament to the bravery of a man whose arrogance is shattered in one small moment, and the lengths he goes to in order to survive.

Honourable Mentions to… ‘Buried’, ‘The Martian’ and ‘The Shining’.

WATCH OUR INTERVIEW WITH THE DIRECTOR OF ROOM BELOW