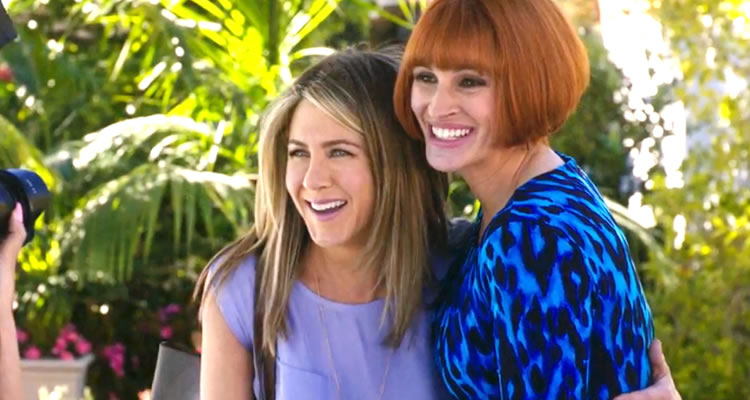 MOTHER’S DAY (USA/12A/118mins)
Directed by Garry Marshall. Starring Julia Roberts, Jennifer Aniston, Kate Hudson, Sarah Chalke, Jason Sudeikis.
THE PLOT: On the run up to Mother’s Day – that’s Mother’s Day in the US, by the way – a single mother struggles with her ex’s new wife’s desire to be part of her sons’ lives, a widower comes to terms with his wife’s death and two sisters finally open up to their parents about the people that they love.Read more…
THE VERDICT: Another year, another themed movie from Garry Marshall. Like ‘Valentine’s Day’ and ‘New Year’s Eve’, ‘Mother’s Day’ is an ensemble story that brings the disparate parts together through connections between characters, and one again, is a thin film that tries hard to be sentimental and comes off feeling trite.
The cast consists of Jennifer Aniston, Jason Sudeikis, Kate Hudson, Sarah Chalke, Julia Roberts and Timothy Olyphant, and although each actor has their strengths, none of these are evident in this film. The performances are wooden and one dimensional, with these people feeling more like they belong in a commercial than a rounded film since we never truly get to know nay of them and thus, are never truly able to root for or relate to them. Jennifer Garner perhaps gets the rawest deal of all, only appearing in home video.
Anya Kochoff, Matthew Walker and Tom Hines’ screenplay not only over sentimentalises Mother’s Day – who gets so torn up over such a generic, greeting card day!? – but makes sure that the characters include a mixed race couple and a gay couple who have to lie about the people they love, a jealous single mother who is made out to be crazy even though her fears and anger feel justified as a younger wife appears to steal her kids’ affections, and a widower whose daughters are trying to drag him back to happiness while appearing rather dispassionate about their mother’s death. There are merits to each one of these stories, but throwing them together in a big melting pot of mush and sentimentality undermines all of them to such a point that they feel like they belong on the greeting cards the film is so obviously inspired by.
Director Garry Marshall doesn’t even seem to try to make these characters feel real or relatable – although Jennifer Aniston does her damnedest – and although many of them have worked together in the past, there is very little chemistry between the actors. Add to this some clunky and jumpy editing and characters that change their mind seemingly at random, and ‘Mother’s Day’ is a messy, overly sentimental film that is almost painful to watch.
In all, ‘Mother’s Day’ doesn’t even try to be sincere; instead it is a film that feels like scenes from better films cut out and stitched together, with the characters thin and one dimensional, not chemistry between the cast and the problems they face easily resolved by a pep talk or a quick frolic with a small child in a palatial back garden. Mushy, trite nonsense.
RATING: 1/5
Review by Brogen Hayes