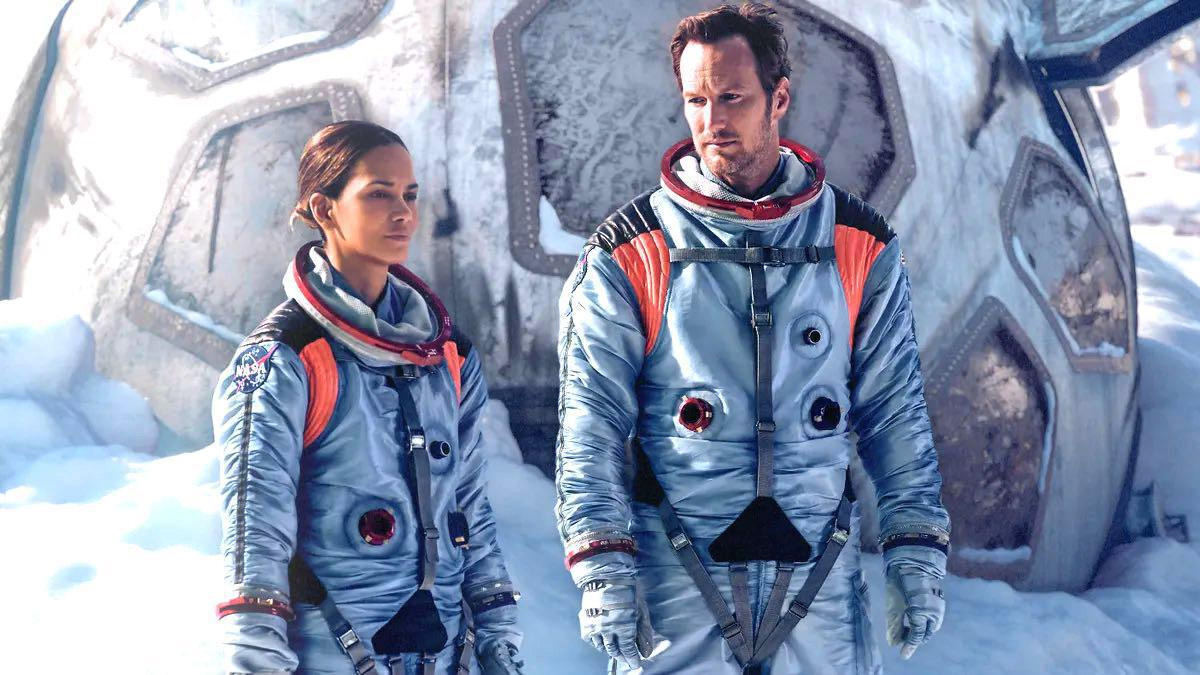 The Plot: After a tragic incident in space, NASA astronaut Brian (Patrick Wilson) is given the blame and becomes an outcast. A decade later, he’s approached by science nerd KC (John Bradley) who has made a shocking discovery – the moon is out of orbit and is gradually edging closer to Earth, causing gravitational effects and disastrous city-destroying tidal waves. They team up with Brian’s former co-pilot Jo (Halle Berry) to head into space to find out what’s going on with the moon…

The Verdict: In Moonfall there’s a climactic third act scene in which our spacebound heroes head into the interior of a disintegrating moon to save the Earth. A throwaway line is used by one of the characters, KC, – ‘ludicrous mode’. Not so throwaway it seems, as it comes to encapsulate everything about Roland Emmerich’s latest disaster epic. It’s wildly-plotted, crazy in its execution and indeed, ludicrous throughout. It’s all done in an enjoyably daft way that somehow manages to pull itself together despite its narrative shortcomings. Emmerich has destroyed the (onscreen) world so many times now that he seems to have a death wish that should prompt calls from the FBI to investigate his appetite for destruction. Maybe. In the meantime, he’s concocted another special effects extravaganza to once again prove that he’s the modern-day equivalent of Irwin Allen, more popularly known as the 1970s Master Of Disaster. Emmerich has picked up the battered and scarred baton from him and ran with it.

German-born but American-based Emmerich can do ‘serious mode’ with films like his Shakespeare conspiracy theory feature Anonymous, which ruffled some academic feathers. He seems happiest though perhaps agreeing with Orson Welles on a movie studio being the best toy a boy ever had, hoovering up the formerly-named 20th Century Fox’s money to kick some alien ass in smash hit Independence Day. This toy allows him to play around with the epic scale of his imagination. His script with Spenser Cohen and Harald Kloser is a doozy. What if our orbiting satellite, the moon, was sent hurtling towards the Earth? It sounds like Emmerich took those early scenes in the 1980 Flash Gordon and expanded it into a much larger doomsday story. No Flash to save the world. Just two maverick astronauts and an amiable nerd who spouts off about megastructures with giddy excitement. There’s more to this story though, which even by Emmerich’s standards is too outlandish to even describe. You just have to go along for the ride, bumps and all.

There are plenty of bumps along the way including the earthbound-characters who are barely developed enough to care about, such as Brian’s delinquent son – suitably named Sonny (Charlie Plummer). There’s even a cat called Fuzz Aldrin (groan). There’s wide scale destruction in Los Angeles, perhaps a sly dig at Hollywood due to Moonfall being independently financed, partly with Chinese backing from the Huayi Brothers. Few deaths are shown, thereby reducing these scenes to just a city being destroyed without any emotional impact on the devastating loss. But what’s this? A modicum of restraint from Emmerich. When it comes to New York’s turn, he tastefully avoids lobbing a big old chunk of moon rock at the Freedom Tower. He doesn’t even cut away to Europe or elsewhere. Instead, he’s having fun with ‘gravity waves’ and exploring just what makes the moon tick. For added value and some credibility, he throws in Donald Sutherland channelling his similar one-scene JFK character’s conspiracy theory.

Had it been co-written and directed by anyone else, Moonfall would fall apart at the seams like a Syfy Channel cheapie – Earth Vs The Moon? But Emmerich knows when to place the tongue firmly in cheek and somehow endear himself to audiences. Anchored by the star power of Patrick Wilson and Halle Berry and armed with decent special effects (every dollar/yuan is there onscreen), he pulls off this lunatic plot about the moon with flair. Disengage your brain and grab a hearty bag of popcorn. Moonfall is a ludicrous blast of enjoyable nonsense that shouldn’t be taken remotely seriously. 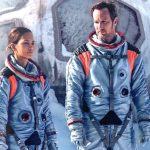 In short: A ludicrous blast