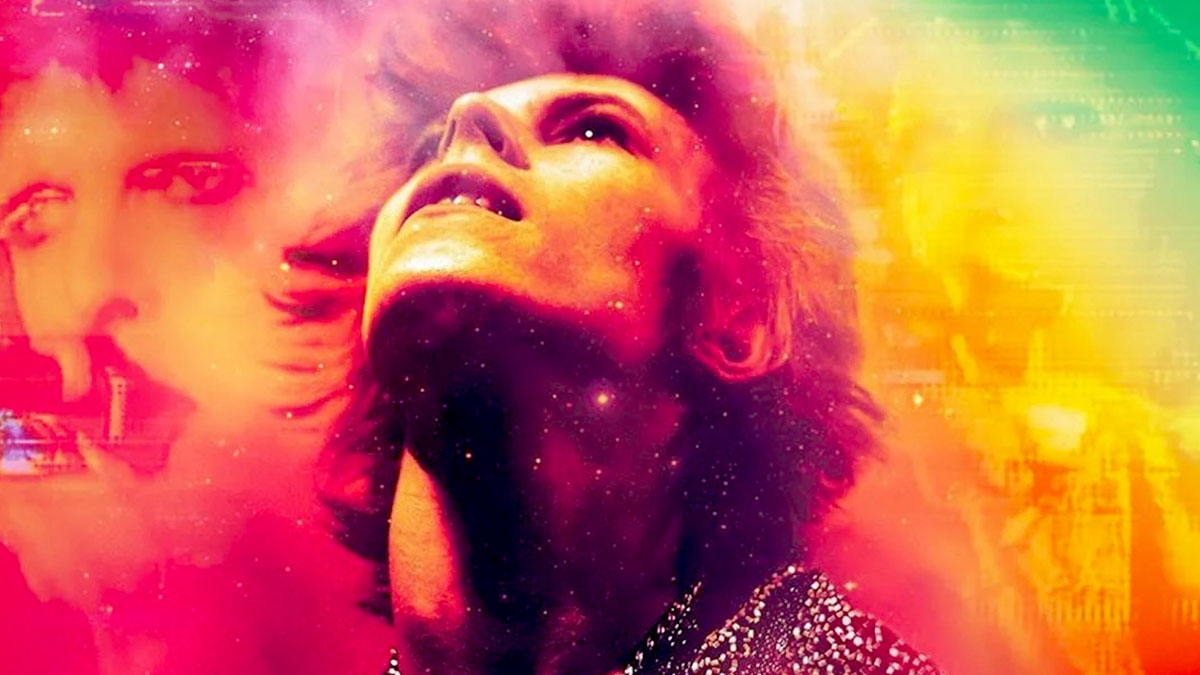 PLOT: With no narration, and no interviews – and strict instructions from the Bowie estate: “No dates. No biography. No facts.” – director Brett Morgen lets his subject’s old interviews do the talking over a montage of live concerts, studio work, documentary footage, fan reactions, private video artwork and the kind of cosmic bursts of colour that WETA might design as screensavers. The timeframe largely deals with Bowie’s breakthrough as Ziggy Stardust in 1972 and his retreat to a happy family life with his wife Iman from the 1990s onwards.

VERDICT: Perhaps director Brett Morgen (best known for 2015’s Cobain: Montage Of Heck) was simply paying tribute to Bowie’s old buddy Brian Eno and his Oblique Strategies cards by treating this self-proclaimed non-documentary as an art installation, where the shuffle button mixes random interview audio with random archive footage in an attempt create a dizzying, abstract gift of sound and vision. Alas, what you end up with is an increasingly unsatisfying two-hour-plus trailer, with only the very occasional rush to the senses that the actual, thrilling trailer promised.

Much has been made of the fact that the Bowie estate gave Morgen access to the late artist’s vast personal archives, but, as someone who has been mildly obsessed with the man for over 40 years (Bowie didn’t make it okay to be different; he made it amazing), there appears to be little new on offer here. And nothing of note.

Of the new material, we see Bowie attempting (badly) some home video art by filming his TV screen, a few not-all-that-bad examples of his paintings, and repeated throughout, footage of a listless and seemingly endless stroll around a near-empty Far East shopping mall, shot for the mediocre 1984 Serious Moonlight tour documentary Ricochet.

Managing to be both too much and not enough, Moonage Daydream will please diehard Bowie fans only, being far too ponderous for those not already familiar with the man’s work and history. And even they will be left wanting, as Morgen’s film plays out like a chorus-free 24″ remix, the soundtrack here made up of largely inferior live versions from the 1970s tours and grating new mixes of such hits as Modern Love, Life On Mars and Space Oddity. Nowhere near as revealing as the 1974 BBC documentary Cracked Actor or Frank Whately’s more recent Five Years series, Moonage Daydream is admirably about as far from the jukebox glory of Bohemian Rhapsody or Rocketman as you could possibly get. Sadly, it’s also far from the glorious headf**k it could have been.