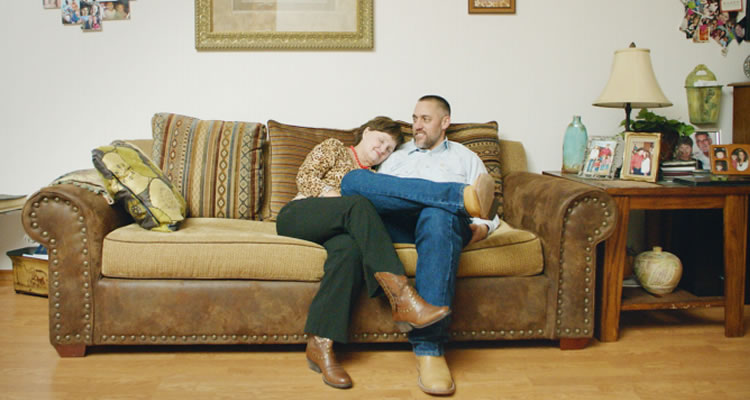 MOM & ME (USA/PG/77mins)
Directed by Ken Wardrop
THE PLOT: Heading to Oklahoma – recently voted the manliest state in the US – Irish documentary filmmaker Ken Wardrop sets about talking with middle-aged sons and their mums. With a radio DJ Joe Cristiano offering up a phone-in for stories about mothers, we get to meet a variety of characters, from cowboys to preachers, from the incarcerated to the constantly elated. Most talk of an undying love – one or two speak of darker, more troubled relationships with the person who brought them into this world….
THE VERDICT: For Irish filmmaker Ken Wardrop, the matriarch is definitely a major influence. His very first short, in 2004, was the award-winning ‘Undressing Mother’. His breakthrough feature was 2009’s ‘His & Hers’, which took 70 women from Ireland’s midlands, and let them wax lyrical about the boys and men in their lives.
Before Wardrop’s latest offering gets underway, we get a quote from Oscar Wilde. “All women become like their mothers. That is their tragedy. No man does. That’s his.” Take that, Principal Skinner. How ya like them apples, Norman Bates?
The man has a point, of course, and so does Wardrop – although, as usual, he lets his subjects do all the talking here.
An ambitious undertaking that doesn’t always overcome its artificial radioshow construct, ‘Mom & Me’ is surprisingly sombre at times. Not everything here comes with a ukulele and a whistle on the soundtrack, and it makes for an intriguing if not always affecting watch.
RATING: 3/5
Review by Paul Byrne