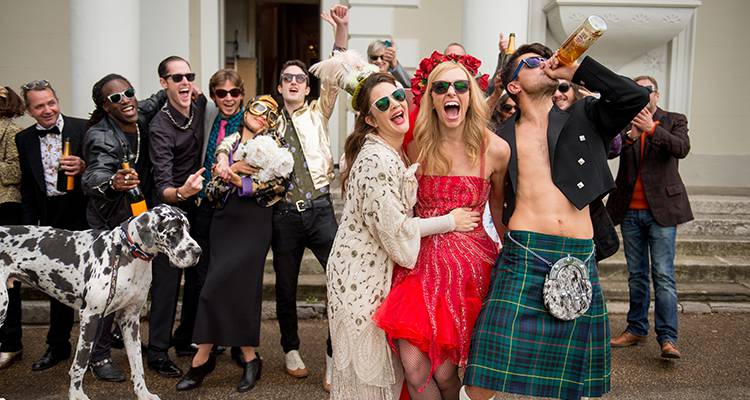 MISS YOU ALREADY (UK/15A/112mins)
Directed by Catherine Hardwicke. Starring Toni Collette, Drew Barrymore, Paddy Considine, Dominic Cooper.
THE PLOT: Milly (Toni Collette) and Jess (Drew Barrymore) have been friends since they were small children, and inseparable for most of that time. When Milly is diagnosed with breast cancer, Jess does everything she can to support Milly and her young family, but at the same time, she is trying for a baby of her own with her partner Jago (Paddy Considine), which throws the two womens’ relationship into new, uncharted territory.
THE VERDICT: Written by Morwenna Banks and presumably adapted from her BBC Radio 4 play ‘Goodbye’, MISS YOU ALREADY is the story of two best friends who struggle to stay together in some of the worst days of their lives.
Toni Collette plays Milly and, as usual, is great in the role; it is clear why the two women became friends, since Milly is a force of nature with a kind heart. As the film goes on, Collette allows Milly to become more and more self-absorbed, but somehow always manages to make her actions real and believable. Drew Barrymore suffers through some seriously dowdy wardrobe choices as the kind and forgiving Jess, who eventually has some of the most powerful and heartbreaking dialogue in the film. Barrymore is strong and relatable in her performance. Paddy Considine plays Jess’ partner Jago, who is silly, kind and obviously madly in love with her, but doesn’t get much screen time. Dominic Cooper plays the sweet but rather lost Kit – Milly’s husband – with charm and grace.
Morwenna Banks’ screenplay feels personal and real for most of the film, and the issues dealt with are often the more unpleasant ones. Milly’s double mastectomy is not shied away from, nor is the challenge of explaining chemotherapy to two small children. Pitting this against the swell of new life that is happening with Jess is a clever juxtaposition, and a reminder that life always does go on, no matter how much we would like it to stop. The screenplay stumbles with the decision for the two women to head to Yorkshire, and their journey there – sound tracked by REM’s Losing My Religion – feels trite and a little strange, especially since a pregnant character suddenly starts acting drunkenly.
Director Catherine Hardwicke has created a story about a friendship ending, but an ending that is not the fault of either of the people involved. Hardwicke has coaxed real and honest performances from her cast, and does not shy away from showing the painful and heartbreaking side effects of the treatment for cancer; rather than a little frailty and some vomiting, the audience is shown the cruelty of chemotherapy in what feels like all of it’s horrific glory. While the performances are strong and the issues touched on are real, however, there are times when it is hard to marry this honest story of impending death with the hipster wonderland that these characters seem to inhabit; beautiful and unrealistic homes, a houseboat on the Thames opposite Battersea, dream jobs, and beautiful clothes, décor and people become tiresome rather quickly, and serve to undermine the seriousness of the film’s message.
In all, MISS YOU ALREADY is a touching and honest story about two friends; one facing the end of her life and the other facing a new chapter in hers. The film does not shy away from showing the true issues faced by these people and the performances are strong, but all of this good is undermined by some frankly unrealistic choices in terms of the characters’ homes, income and the world they live in.
RATING: 3/5
Review by Brogen Hayes