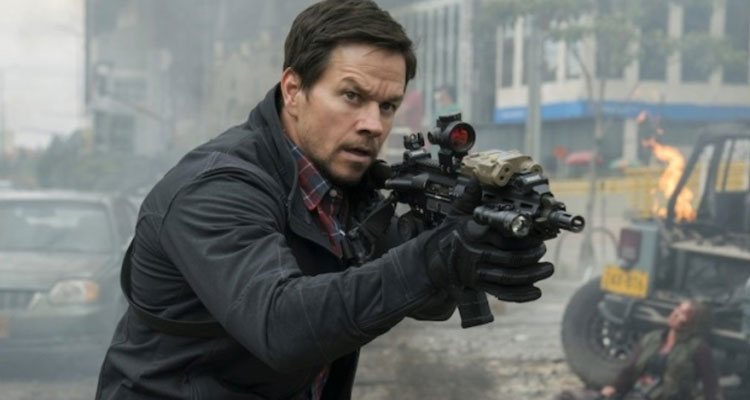 In short: Not worth the journey

The Plot: When all other operational avenues are exhausted, turn to Overwatch. A secret black ops section of the US Government, it’s tasked with important, time-sensitive missions. They’ve got one. In the fictional Asian city of Indocarr, local policeman and spy Li (Iko Uwais) has some crucial evidence about the existence of a deadly bomb. Believing his life to be under threat from corrupt Government forces, he will exchange the information in return for a flight to America. Overwatch operatives including James (Mark Wahlberg), Alice (Lauren Cohen) and Sam (Ronda Rousey) are to transport Li the 22 miles to the pick-up point. Standing in their way is a heavily-armed crew, spilling war onto the streets…

The Verdict: So far it’s been a good partnership. That of actor Mark Wahlberg and director Peter Berg. Having scored a hat-trick of real-life tales of American heroism, the duo have departed into the realm of fictional narratives with ticking-clock action film Mile 22. The result is decidedly meh, with the balance tipping more in the favour of the bad rather than the good. In its favour are the relatively short running time and a clutch of well-staged action sequences that use varying angles and perspectives to give the audience a front-row seat into the action. But what use is all that when it serves a story that is numb-skulled to begin with?

Empathy is an important quality in any film. It’s hard to care about these characters and their predicament, since they’re pretty much unlikeable to begin with. Li is a fiery opportunist who won’t back down. Alice is going through a messy divorce and communicates with her daughter and soon-to-be-ex-husband (Berg himself) via a hilarious divorce app that censors swearing. Then there’s James, a walking wound-up metaphor for tension. We know this because the script, by Lea Carpenter and Graham Roland, includes James snapping a rubber band on his wrist at key times. Right. Back to screenwriting class, you two.

The script makes the point that James has personality problems, but the audience has already figured that out well in advance. Even the usually sturdy Wahlberg looks like he’s phoning his performance in. The story really doesn’t make much sense at all. What’s with all the collateral damage anyway? Is this Asian country really that anonymous? Meanwhile, Berg overdirects to the point of exhaustion. If he’s trying to be the next Michael Bay, then Bay needs to be looking over his shoulder. Berg’s editing during the action sequences is so choppy and indigestible that it becomes confusing, with the film finishing on a dud grenade. Wahlberg and Berg would be advised to stick to real-life stories. At least they have a basis in something that’s relatable. Mile 22 just isn’t a journey worth taking.