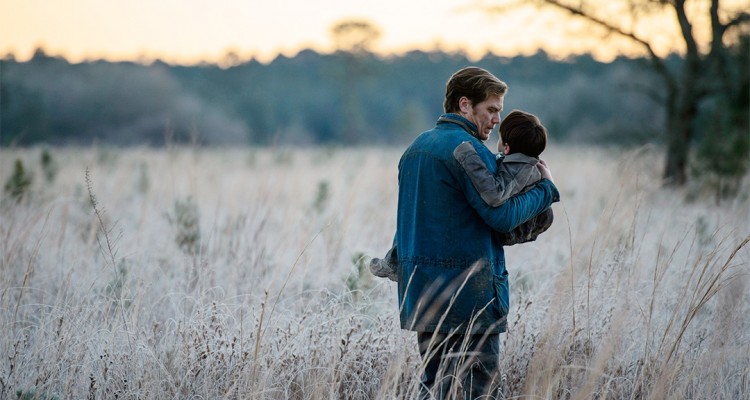 MIDNIGHT SPECIAL (USA/12A/112mins)
Directed by Jeff Nichols. Starring Michael Shannon, Kirsten Dunst, Joel Edgerton, Jaeden Lieberher, Adam Driver, Sam Shepard.
THE PLOT: Alton (Jaeden Lieberher) is a special kid; endowed with otherworldly powers, it seems that everyone is looking for him, including a cult with a mysterious leader and the government. To protect his son from those who seek to take advantage of him, Roy (Michael Shannon) takes Alton on the road, seeking coordinates that Alton received from an unknown source.
THE VERDICT: Director Jeff Nichols returns with another small film with a big heart, that celebrates the magical eerie feeling of the Southern US, as well as the feeling that dusk is a time where anything could happen.
Michael Shannon leads the cast as the tenacious and gentle Roy; there is a wonderful kindness in the way he looks after his young son, and it is clear that this is a case of desperate times calling for desperate measures, but he never loses sight of what he has to do. As always, Shannon is engaging and slightly odd on screen, but brings Roy to life with warmth and care. Joel Edgerton plays Lucas, a friend helping Roy to save his son, Kirsten Dunst plays Alton’s mother Sarah and Adam Driver plays FBI Agent Paul Sevier. Jaeden Lieberher makes Alton quiet but engaging; there is an air of something magnetic about the character, and Sam Shepard turns up as the cult leader Calvin Meyer.
Jeff Nichols’ screenplay plays with the idea of the otherworldly feeling of dusk, and this is a time of day that recurs throughout the film, as well as this, Nichols once again takes a small, odd slice of Americana and blows it up to full size on the big screen, ready to be examined. This time it is the strange phenomenon of small, localised religions, and what happens to the people that find themselves at the centre of them. There is the feeling that Nichols enjoys the journey more than the destination here though, with the finale of the film feeling out of step with the two acts that go before it.
As director, Nichols has fun with the film, allowing the audience to be kept entirely out of the loop as to just what, if any, special powers Alton has, until these are slowly revealed throughout the film. ‘Midnight Special’ is a road movie crossed with ‘Close Encounters of the Third Kind’, but it is a fun journey to go on with these characters. The strange abounds and, although the finale of the film, as mentioned, is not necessarily completely satisfying, it is a thrill chase, but one that leaves more questions than answers.
In all, ‘Midnight Special’ is a film carried by wonderful performances from Shannon, Dunst, Edgerton, Driver and the young Lieberher, but the story feels a little convoluted and the final moments of the film raise more questions than give satisfying answers. Still, ‘Midnight Special’ celebrates Americana is an engaging way, and dusk is shown to be the magical time that we all believed it was as kids.
RATING: 4/5
Review by Brogen Hayes