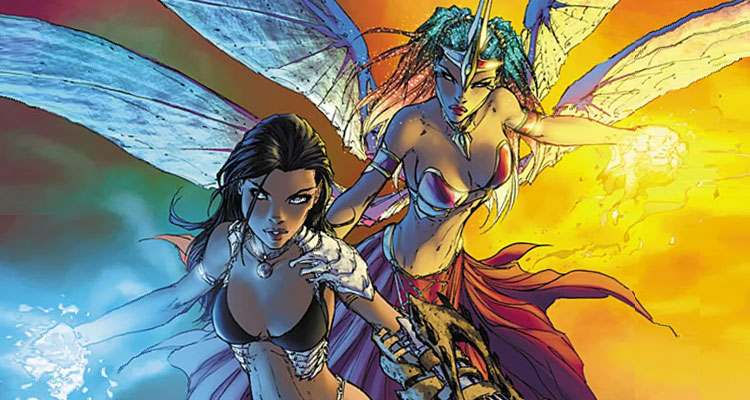 First on the company’s slate is ‘Cupid,’ a musical adventure centred on the god of desire and affection from classical mythology. Justin Bieber, who is managed by Braun, will lend his voice to the titular love god as well as act as executive producer.

According to the folks over at Heat Vision, the plan is for ‘Cupid’ to kick off a connected “MythoVerse” for the studio, with stories and characters inspired by Greek and Roman mythology. Pete Candeland, best known for directing music videos for Gorillaz, will take the helm for ‘Cupid.’

Next up will be ‘Fathom’ and ‘Soulfire,’ animated features based on the best-selling comics by late comic-book artist Michael Turner, whose works Maisel and Braun own entertainment rights to after acquiring an ownership stake in Turner’s Aspen Comics back in March 2018. Kevin Adams and Joe Ksander, the directing duo behind Netflix’s ‘Next Gen,’ are developing both titles.

Fathom follows the adventures of Aspen Matthews, a marine biologist who discovers she is a member of an advanced underwater species. Kristin Gore (‘Futurama,’ ‘Saturday Night Live’) is on scripting duties.

‘Star Trek: Discovery’ and ‘Reign’ writers Bo Yeon Kim and Erika Lippoldt will handle the screenplay for ‘Soulfire,’ which tells of an orphan boy named Malikai who discovers he is the link to a long-forgotten age of magic. With the help of winged goddess Grace, he takes on the dark lord of technology in a quest to bring magic back to the world.