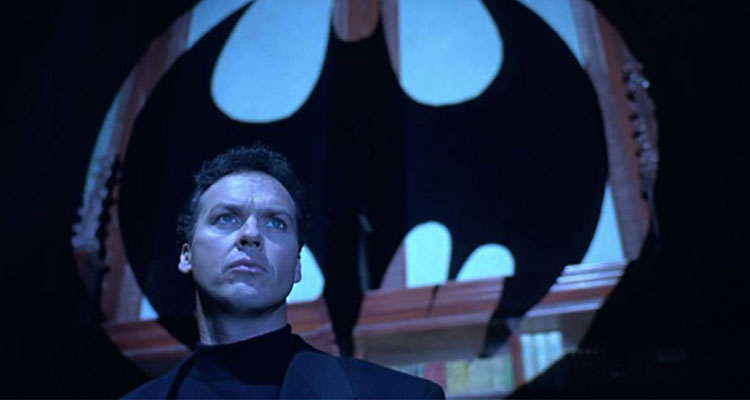 Michael Keaton May Reprise Batman Role for THE FLASH

Holy Batman! Well that came out of nowhere. Umberto Gonzalez over at TheWrap is hearing word that Michael Keaton is in “talks” to reprise the role of Bruce Wayne/Batman for the upcoming ‘The Flash’ movie, nearly 30 years after he last wore the cape and cowl in Tim Burton’s ‘Batman Returns.’

‘The Flash’ will see Ezra Miller (‘The Perks of Being a Wallflower,’ ‘We Need to Talk About Kevin’) playing Barry Allen, the classic DC Comics hero known as “the fastest man alive.” Miller made his debut as the scarlet speedster in Zack Synder’s ‘Batman V Superman: Dawn of Justice,’ and reprised the role for ‘Justice League.’

With Andy Muschietti attached to direct from a script by Christina Hodson (‘Batgirl,’ ‘Birds of Prey’), the long-in-the-works ‘Flash’ movie is loosely based on ‘Flashpoint.’ Geoff Johns and Andy Kubert’s 2011 crossover event that saw Barry Allen travel back in time to prevent the death of his mother and inadvertently create an alternate timeline for the DC Universe. In this new timeline, young Bruce Wayne was the one who was murdered in Crime Alley, with his father Thomas Wayne taking on the mantle of Batman, albeit a more violent and ruthless Dark Knight than his son.

Gonzalez points out that Keaton’s involvement is far from a sure thing, and the deal “can go either way.” However, there are rumblings that should a deal be reached, Keaton may appear in multiple movies, taking on a mentor role, similar to that of Samuel L. Jackson’s Nick Fury in the MCU. Could a live-action ‘Batman Beyond’ movie be on the cards? Maybe their take could be Keaton’s Batman mentoring Batgirl?

THE FLASH is pencilled in for a 2022 release date.