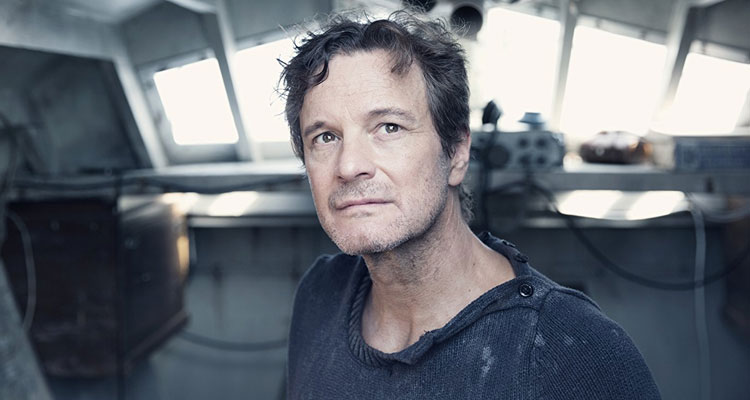 In short: A quiet salute

The Plot: Teignmouth, England, 1968. Inventor, boatbuilder and amateur sailor Donald Crowhurst (Colin Firth) is entranced by a Sunday Times competition that challenges competitors to circumnavigate the world, non-stop and alone. With the backing of his wife Clare (Rachel Weisz), local sponsor Mr. Best (Ken Stott) and PR man Rodney (David Thewlis), he sets out to build a boat that is up to the challenge. There’s a launch deadline looming ahead, but that’s nothing compared to what’s ahead on the high seas, as he faces up to his own failings, the limits of ambition and a boat that is far from ready…

The Verdict: There’s a strong air of hubris about The Mercy, in much the same way as Werner Herzog’s Grizzly Man was a sobering account of human foolhardiness. Donald Crowhurst’s story is one of human ambition weighed against the realities of human frailty. Crowhurst was an ordinary man with grand ambitions, hoping to better the life of his family. Without revealing too much about what conspires, it’s enough to say that he had to face the hard facts of his situation – alone, far from home and with no way in or out.

Director James Marsh eschews the typical trappings of these types of stories, in which Mother Nature is usually presented as the enemy. Crowhurst was his own worst enemy, creating a perfect storm of situations that conspired against his own hopes and dreams. And yet, there’s a sense of sympathy that comes across throughout the film, as if Marsh admires his subject and didn’t want to judge him too harshly. That gives the film a more three-dimensional aspect, making Crowhurst a flawed but all-too-human character to root for. He also scatters startling imagery at key points, like dead horses floating just below the surface – a hint of mortality?

It’s not just the strong direction that comes across so well. Firth, a sailor himself, digs deep into Crowhurst, finding his good and bad aspects while keeping him firmly relatable. It’s an under-stated performance which is note-perfect and true to the story. Weisz could have been given the thankless wife-at-home role here. Instead, she makes it her own, giving an impassioned speech towards the end which summarises the spirit of the film as a whole. It’s quite a gripping film too, asking the audience to hope for the best but be prepared for the worst. The Mercy (a title explained late in the film) is a quality true-life drama that is a quiet salute to human heroism – no matter how foolhardy.