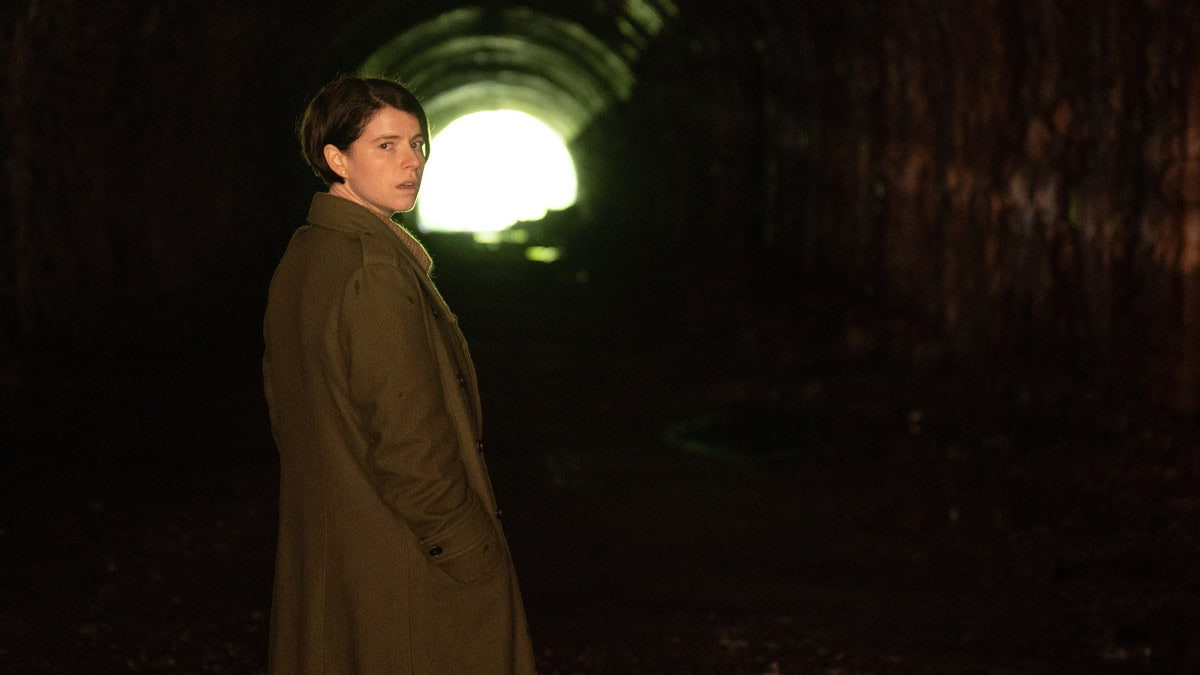 The Plot: Following the traumatic death of her husband James (Paapa Essiedu), Harper (Jessie Buckley) needs time to get her head together. She finds a quiet country retreat to stay in, owned by her particular country neighbour Geoffrey (Rory Kinnear). He’s something of a fusspot, but she finds him helpful all the same. When she starts exploring the land around the house, she sees a figure in the distance – a naked man who she believes is stalking her. She reports it to the police, but they don’t seem interested. That’s not the only thing that’s strange in the countryside, as the situation around her becomes increasingly fraught with anxiety and imminent danger…

The Verdict: Writer/director Alex Garland’s ambitious last film Annihilation was unfairly denied a cinema release and ended up online instead, with the studio saying that it would confuse audiences. Audiences are more adventurous and willing to engage with challenging material than studios give them credit for. Garland has nursed his wounds from that experience though, but remained committed to telling stories the way he wants. That commitment to his unique brand of distinctive storytelling is admirable, which is why he partnered with A24 Films on his latest film Men. It’s a British folk horror of sorts, in tune with the kind of elevated horror films that they’ve made before like Hereditary. Ari Aster and Ben Wheatley will undoubtedly lap it up with giddy excitement, as it plays into many different themes of male-female relationships, toxic masculinity, religion, paganism and an unknown supernatural threat waiting to emerge from the forest. Psychologists and feminists will have a field day with it too, but how will audiences respond?

Men is likely to prompt much discussion and maybe even heated debate, but that’s what a good film should do. A film should be memorable and this is certainly one that will marinate in your brain for a while after, while you attempt to decompress and come back into the light. It could be argued that it’s a Marmite Movie, enthralling one half of the audience who tap into its symbolism and deeper meanings while frustrating and alienating the other half dismissing it as over-the-top. One wouldn’t expect any less from Garland, whose films and scripts for other directors like Danny Boyle have shown a penchant for the surreal and unpredictable. At its core, it’s a story about a grieving woman caught in a waking nightmare that taps into her subconscious fears: of maltreatment by the man who supposedly loved her but resorts to extreme methods to hold on to her when she wants a divorce; being apparently the only woman in a town populated by males (including a boy) who all bear a resemblance to each other; and being subjected to a constant male gaze with the potential to explode into violence.

Is it Garland’s reaction to #MeToo? It does seem that way, but shot through with a folk horror angle that pushes further into the extreme as it builds to a jaw-dropping and gory climax. This is where the film will ultimately either win or lose a viewer (if they haven’t left already), but one has to admire Garland’s sheer ballsy commitment in suggesting that the cycle of toxic masculinity repeats itself. He applies a corrective to that though, making it not so much a film about men but about women – and how they deal with problematic men. The men of the title is a reference to Rory Kinnear’s show-stopping variety hall of performances as all the men in the village – the landlord, a priest, a bartender, a punter, that thing in the forest and more. A reliable supporting presence like his late father Roy before him, Kinnear tweaks each character convincingly and menacingly so. He’s a joy to watch as he fully invests in the physical requirements of the roles, but the film wouldn’t really work without Killarney’s own Jessie Buckley. She roots the film with a fully rounded performance of a woman in trauma but with a strong resolve to leave the past behind and move on with her life. She continues to go from strength to strength.

Men is intelligent, bravura filmmaking from a very precise director who knows what he wants to say but in the most symbolic way possible. It has that quality of an intense fever dream that turns into a waking nightmare and then a fully realised daytime threat to individuality and personal safety. It branches off into wild directions, but with its beady eyes focused on the prize. Love it or hate it, Men is visually and narratively striking enough to never be boring and is a conversation piece. As Oscar Wilde once observed, the only thing in life worse than being than being talked about is not being talked about. Strap yourself in… if you dare. 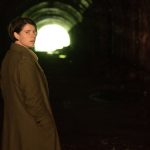