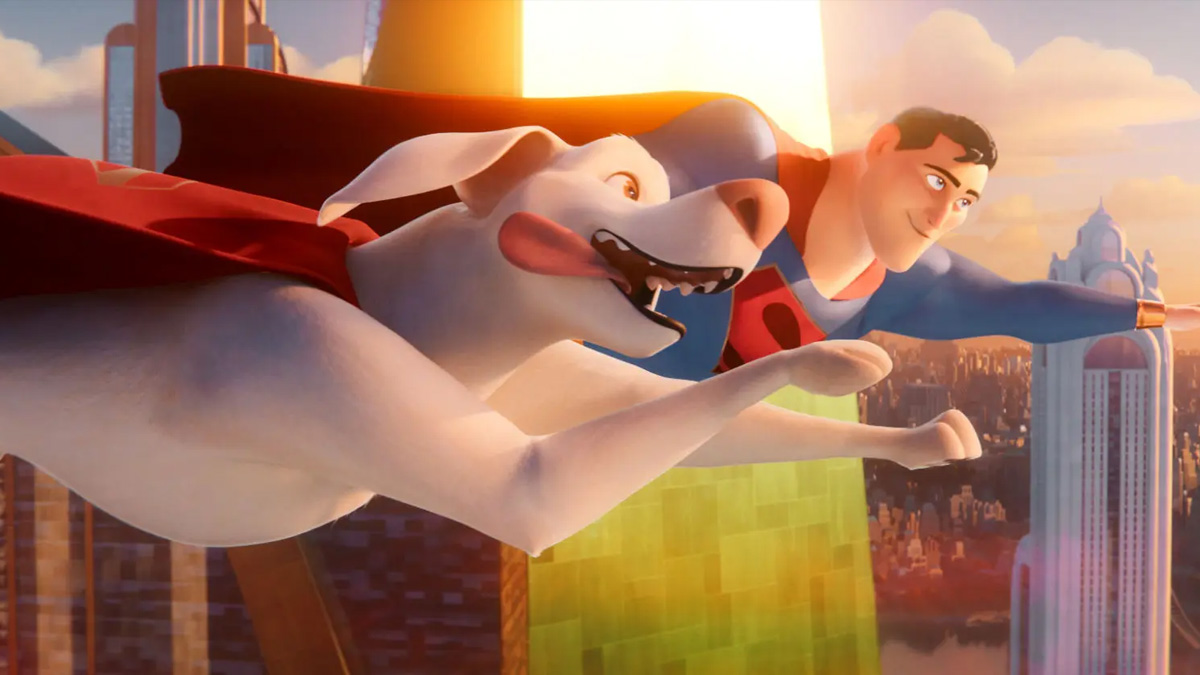 “When one has an abundance of power, they have a certain duty to use that power to…” Heroic new trailer for the animated film DC LEAGUE OF SUPER-PETS, featuring the voices of Dwayne Johnson, Kevin Hart, Kate McKinnon, John Krasinski, Vanessa Bayer, Natasha Lyonne, Diego Luna, Marc Maron, Thomas Middleditch, Ben Schwartz, and Keanu Reeves

In the Jared Stern-directed DC LEAGUE OF SUPER-PETS, Krypto the Super-Dog and Superman are inseparable best friends, sharing the same superpowers and fighting crime in Metropolis side by side. When Superman and the rest of the Justice League are kidnapped, Krypto must convince a rag-tag shelter pack—Ace the hound, PB the potbellied pig, Merton the turtle and Chip the squirrel—to master their own newfound powers and help him rescue the superheroes.