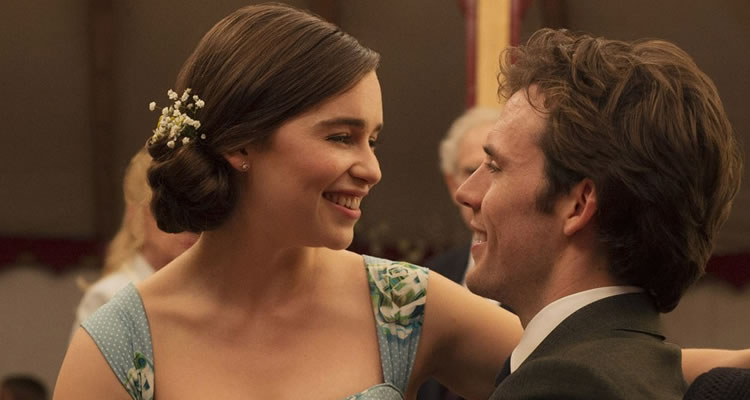 ME BEFORE YOU (USA/12A/110mins)
Directed by Thea Sharrock. Starring Emilia Clarke, Sam Claflin, Charles Dance, Janet McTeer, Matthew Lewis, Jenna Coleman.
THE PLOT: When Lou (Emilia Clarke) is let go from her job at a café in a small town, she lands a job with a rich family, looking after a young man who was paralysed in a road accident. Over time, the two form a bond, but their relationship is cruelly cut short.
THE VERDICT: ‘Me Before You’ is based on the bestselling novel by Jojo Moyes, and tries to take a different look at a romantic drama, by making the lead truly brooding and tortured, but in doing so, raises some problematic themes.
It is easy to see why Emilia Clarke would want to take on the role of Lou – a bubbly, bright and enthusiastic character – after playing Daenerys in Game of Thrones for so long. Clarke does well enough with the character, but is severely limited in what she is actually allowed to do, since Lou is written to be so darn chirpy all the time. Sam Claflin takes on the role of Will, a young man paralysed in an accident, and who is struggling to come to terms with the change to his life. Again, Claflin does OK in the role, but other than being a frosty snob who gradually begins to thaw, Will is not a character with much depth. The rest of the cast features Jenna Coleman – who is terribly underused, but her chemistry with Clarke is sweet – Matthew Lewis, Charles Dance and Janet McTeer.
Jojo Moyes adapted her own novel for the screen, and while the first two acts of the film are sweet and light, the characters are underdeveloped and never given a chance to be much more than they are on the surface. The working class girl’s passion only being clothes is a worrisome one, as is the snobbish young man’s tendency to show her foreign language films and only use their original titles, implying that she is an idiot. The screenplay follows familiar tropes and feels trite and familiar, with the third act’s commentary on living life to the fullest while seeking to end it all is problematic to say the least.
As director, Thea Sharrock does fine, but she is fighting a troublesome screenplay and underdeveloped characters. There are times when the chemistry between the two leads is engaging, but when the conversation quickly switches back to shoes, this is lost. The pacing of the film is rather messy, with time passing in a way only the film seems to understand, and characters dropping in and out of the tale seemingly at random.
In all, ‘Me Before You’ is problematic. The performances are fine, but the characters are underdeveloped, the pacing messy and while the film tries to have a warm message, the way it gets there is troublesome and rather reductive. Claflin and Clarke deserved better.
RATING: 2/5
Review by Brogen Hayes