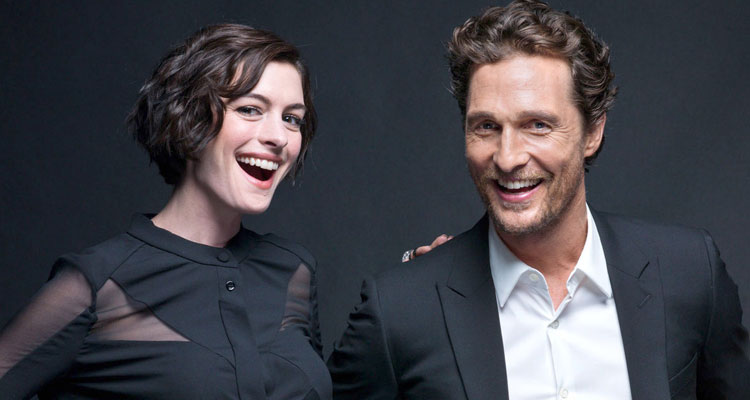 McConaughey and Hathaway Reteam For SERENITY

‘Interstellar’ co-stars Matthew McConaughey and Anne Hathaway are reportedly in talks for ‘Serenity,’ a noir thriller that has Steven Knight (‘Taboo,’ ‘Locke’) writing and directing

Per Deadline, the film is the “mysterious tale of a fishing boat captain whose past is about to crash up against his life on a small island in the Caribbean, ensnaring him in a new reality that might not be all it seems.”

Greg Shapiro and Guy Heeley are on board to produce, with filming expected to get underway this summer.