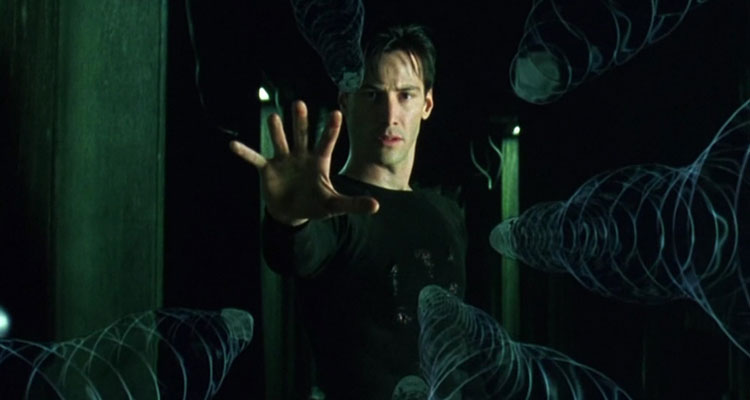 THE MATRIX Relaunch In The Works

Hollywood is reportedly ready to jack back into ‘The Matrix.’ Heat Vision is hearing word that the bigwigs over at Warner Bros. are in the early stages of relaunching the Wachowski siblings’ iconic sci-fi property.

Nothing is set in stone just yet, but there rumblings that the studio is looking to get screenwriter Zak Penn (‘Ready Player One,’ ‘Last Action Hero,’ ‘X-Men: The Last Stand’) on board to write, with Michael B. Jordan (‘Creed,’ ‘Fruitvale Station,’) eyed to star.

Released in 1999, ‘The Matrix’ starred Keanu Reeves as a computer hacker who learns from mysterious rebels about the true nature of his reality and his role in the war against its controllers.

According to Heat Vision, the studio recently shot down the idea of adapting ‘The Matrix’ for television, and may follow Disney and Lucasfilm’s model for the ‘Star Wars’ franchise, and explore hidden corners of ‘The Matrix’ – possibly focusing on a young Morpheus.

The Wachowskis, who wrote and directed the original and its sequels, are currently not involved. While out promoting ‘John Wick: Chapter 2,’ Reeves had said he would be open to returning for another installment of the franchise, but under the condition that the Wachowskis were involved.