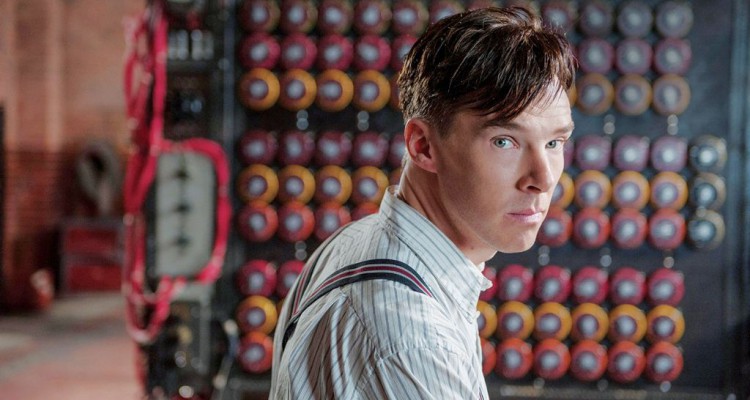 This week, ‘The Accountant’ is released in Irish cinemas. The story of a mathematical genius who finds himself working for the wrong side, ‘The Accountant’ becomes a game of cat and mouse with the Treasury Department as the immoral turns to the illegal.

To celebrate the release of ‘The Accountant’ in Irish cinemas, Movies.ie has taken a look back over some other movies that focus on mathematical geniuses.

GOOD WILL HUNTING
Released in Irish cinemas in 1998, ‘Good Will Hunting’ tells the story of Will Hunting (Matt Damon), a man working as a janitor in MIT who has a gift for mathematics, but who has never had a chance to show his skills off properly. When Will and his friends are arrested after a street fight, Will gets the chance to skip jail if he studies Maths under Professor Gerald Lambeau (Stellan Skarsgård) and participates in therapy sessions with Dr. Sean Maguire (Robin Williams).
‘Good Will Hunting’ not only tells the story of a man who is gifted and ambitious, but someone whose inner demons made him retreat into the world of mathematics as it is something he can control and make sense of. ‘Good Will Hunting’ not only garnered Robin Williams an Oscar for his performance, but made household names of writers and actors Matt Damon and Ben Affleck, who also won Academy Awards for their screenplay.

A BEAUTIFUL MIND
Based on the life of John Nash, a mathematician who made discoveries in game theory, differential geometry, and the study of partial differential equations ‘A Beautiful Mind’ won four Academy Awards after its release in 2002. Russell Crowe stars as Nash, whose brilliant mind begins to turn against him as he struggles with delusions and paranoid schizophrenia. Nash’s wife Alicia (Jennifer Connelly) struggles with her husband’s problems but vows to support him as he tries to separate truth from fiction.
Nash eventually found a way to live with his mental health issues, but sadly he and his wife Alicia were killed in a car accident in 2015.

21
Starring Kevin Spacey and Jim Sturgess, ‘21’ focuses on the tricks and tips that gifted students from MIT learned in order to count cards and take Las Vegas casinos for millions in winnings before their successes began to distract them from their studies.
Based on the book “Bringing Down the House” by Ben Mezrich, ’21’ was criticised for the casting choices for the film. That said, the film version of the story is fast paced and thrilling, and proves that while you may get a one up on the big boys now and again, the house always wins… No matter how talented you are.

THE IMITATION GAME
During World War II a team led by Alan Turing (Benedict Cumberbatch) set up base at Bletchley Park in London to try and break the German Enigma Code, with the hopes of bringing the war to an early end. While Turing is undoubtedly a brilliant mathematician, he is also arrogant, awkward and willingly isolates himself. Although the team is working to break a secret code, it soon becomes clear that Turing is hiding some secrets of his own.
Cumberbatch makes Turing a relatable and engaging man; while he is nothing like an everyman, it is easy for the audience to relate to him, as he is so obviously out of his depth when it comes to everything but his work. Cumberbatch delicately balances Turing’s seeming arrogance and his vulnerability to make the character well rounded and, most of all, human.

X+Y
Inspired by a BBC documentary named ‘Beautiful Young Minds’, ‘X+Y’ is the story of Nathan (Asa Butterfield), a math prodigy who also registers on the spectrum of autism. Increasingly isolated after his father dies, Nathan finds a new friend in teacher Humphreys (Rafe Spall), who convinces him to take part in the International Mathematics Olympiad.
‘X+Y’ is a gentle and charming story, anchored with strong performances. The emotion is strong and honest throughout the film, even if it does all wrap up a little too conveniently in the end.

Honourable Mentions to… ‘Moneyball’, ‘The Theory of Everything’ and ’21 Grams’

‘The Accountant’ is released in irish cinemas on November 4th 2016. Watch the trailer below…