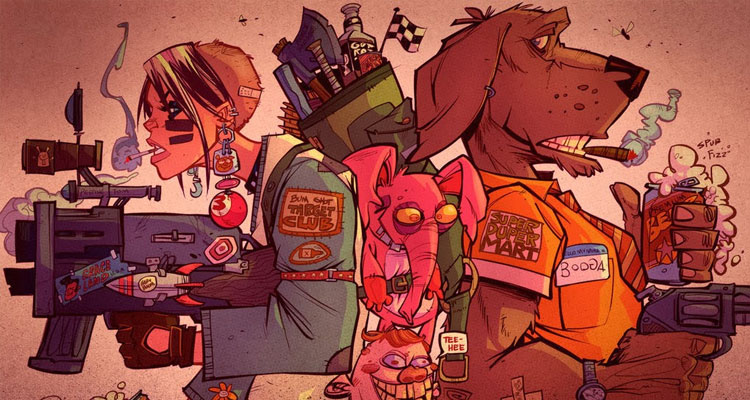 The Hollywood reboot trend continues. Word has emerged that Margot Robbie (‘Birds of Prey And the Fantabulous Emancipation of One Harley Quinn’) and her production banner LuckyChap Entertainment have optioned the rights to the cult British comic book series ‘Tank Girl’ with plans for a new feature film.

Created by artist Jamie Hewlett and writer Alan Martin, the comic is set in a post-apocalyptic Australian outback and follows the misadventures of the eponymous character a.k.a. Rebecca Buck, a foul-mouthed, gun toting, swill-swigging outlaw who roams the dystopian world in a tank, which also serves as her home.

‘Tank Girl’ was previously brought to the big screen in 1995 by director Rachel Talalay (‘Doctor Who,’ ‘Riverdale,’ ‘Sherlock,’ ‘Supergirl’), with Lori Petty as punk-rock antihero Tank Girl, Naomi Watts as her friend Jet Girl, Ice-T as a kangaroo-humanoid named T-Saint, and Malcolm McDowell as the villainous Kesslee. The film was a box office flop and a critical bomb, but has since has amassed a cult following.

According to the team over at Collider, the comic’s second shot at the big screen will have Miles Joris-Peyrafitte (‘As You Are,’ ‘The Hunter & the Fox’) behind the camera. The indie filmmaker previously worked with Robbie on the dramatic-thriller ‘Dreamland.’