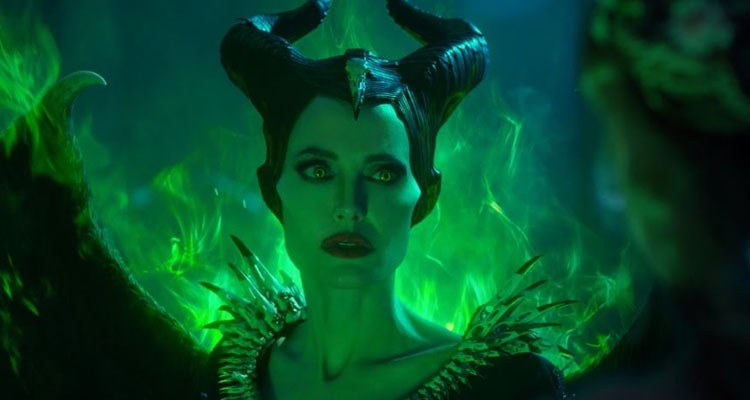 Maleficent: Mistress of Evil is a follow up to the 2014 dark reimagining of the fairy tale Sleeping Beauty which saw Maleficent (Angelina Jolie) place a curse on Aurora (Elle Fanning), only for her to realise the error of her ways and take the girl in to raise her as her own.

Mistress of Evil is set several years later and sees Aurora now queen of the moors, accept a marriage proposal from a prince of the neighboring kingdom of Ulstead that threatens to upset the harmonious relationship she has developed with her godmother Maleficent. Traditionally, the moors and Ulstead have had a tumultuous relationship as we explored in the first film. King John (Robert Lindsay) is excited at the prospect of a marriage as this will create peace and finally put an end to the tensions between the Moors and Ulstead, however his wife Ingrith (Michelle Pfeiffer) has other ideas.

When the king becomes mysteriously cursed at a gathering arranged by the royals to celebrate the engagement, Aurora sides with Phillip’s parents. Maleficent, upset by the accusations that she is responsible, flies off in a rage only to be wounded by Ingrith’s henchwoman Gerda (Jenn Murray). With Maleficent missing, having being rescued and brought to a mysterious realm populated with Dark Fey just like her,  Ingrith sets her diabolical plans in motion to destroy the moors and all magical creatures that reside within it.

Certainly darker than the first installment, this film not a fairytale. Having said that, it has its comedic and touching moments, sometimes unexpectedly so and it’s a welcome lightness against the sometimes dark and heavy material. A little slow to start once it gains momentum, it goes all out. While the first film explored the theme of prejudices against those different to ourselves, Mistress of Evil takes this idea and expands on it. The film builds until it reaches a climactic scene with an all out genocidal war against the Dark Fey.

Director Joachim Ronning does a stellar job of bringing to life the magical Dark Fey world. Although the plotline can get a little heavy and somewhat predictable at times, the film is visually is stunning. Costumes, make-up, hair, and locations are so intricate and rich in detail that at times it was hard not to get distracted by them.

Maleficent: Mistress of Evil is steered by three fantastic female leads ; the tension between Angelia Jolie and Michelle Pfeiffer is palpable when they have scenes together. Conversely, when apart Jolie fades into the background even though she is the titular character. Pfeiffer truly steals the show throughout the film and Sam Riley’s doting raven shapeshifter Diaval is just as much fun in this film as the first. Elle Fanning’s bright optimism contrasts wonderfully against the dark and brooding Jolie whenever they appear together – continuing the dynamic from the first movie.

Although the plotline is a little convoluted and at times doesn’t know where it’s going, Maleficent: Mistress of Evil is a very worthy sequel. It refreshingly strays from the cheeriness expected in most modern day fairytale adaptations. It’s a dark, beautifully painted journey of fun : just immerse yourself in it and go along with the ride. Even if you don’t the key message of standing up against intolerance is one that anyone can take home as a positive message amongst the dark tones set within the story.