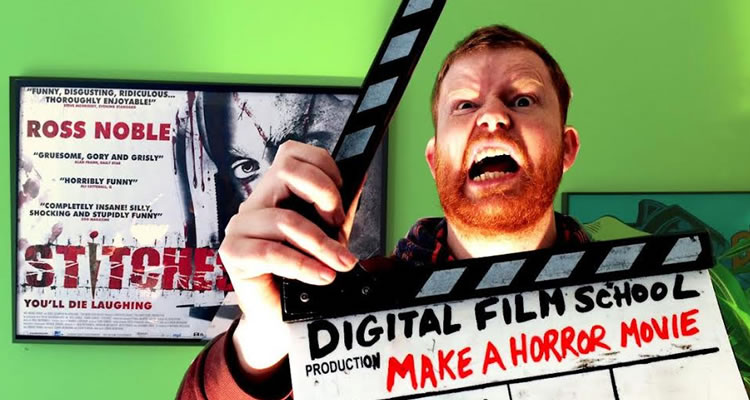 Have you always wanted to make your own horror movie but didn’t know where to start? This summer, the Digital Film School in Dublin is offering the opportunity to learn more, from renowned Irish horror director Conor McMahon.

The course is a 5 day Make a Horror Movie filmmaking course for adults, taught by legendary director and horror guru Conor McMahon. Conor is a multi award-winning director and whose films include STITCHES, FROM THE DARK, THE DISTURBED and DEAD MEAT. This is a once-in-a-lifetime opportunity to learn from the best!

Conor has just recently completed his fourth horror feature film FROM THE DARK, which premiered at the Jameson Dublin International Film Festival earlier this year. On top of that, he has also been busy directing comedy sketches for RTE’s REPUBLIC OF TELLY.

The course runs from July 13-17th, and under Conor McMahon’s watchful eye, students will collaborate as a group to make a short horror film together, with all the work from writing, to storyboarding, scripting, directing, editing and SFX done by those participating in the course. Students will learn hands on all the creative and technical skills required to make a horror film from scratch. There will also be a number of special guests dropping by to share their knowledge; and upon completion of the course, participants will receive a copy of the film on DVD, with the chance to enter it into festivals.

This course is aimed at anyone with an interest in horror movies, who wants to know more about the behind the scenes of special effects, who wants to learn filmmaking by making a film, who wants to develop their existing skills and learn new skills under the supervision of an extremely experienced horror director and everyone who wants to have fun!

To find out more, and to book your place on this exciting course, visit the Digital Film School website.