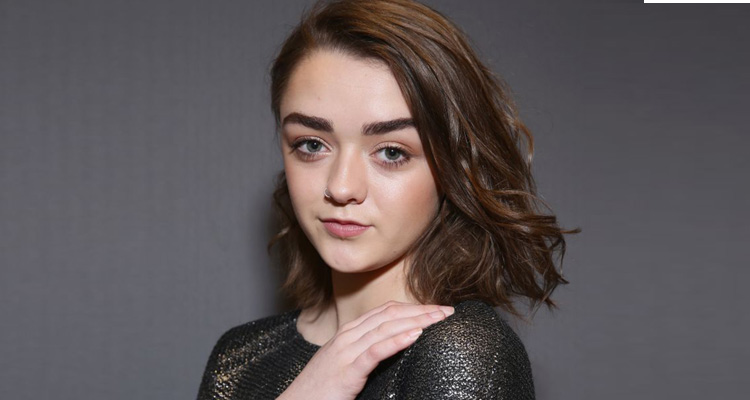 Maisie Williams Travels to THE FOREST OF HANDS AND TEETH

‘Game of Thrones’ and ‘The Falling’ star Maisie Williams is being lined up to star in ‘The Forest of Hands and Teeth,’ a post-apocalyptic zombie tale that will mark the directorial debut of actress-turned-filmmaker Kate Maberly (‘The Secret Garden’).

Per Variety, the film is based on the best-seller by Carrie Ryan and is set “sometime in the future, in a world where most of the human race has been taken by a bloodthirsty virus that leaves them roaming the planet as cannibals. Mary (Williams) seeks a world beyond the fenced-off village of survivors. The survival of the human race soon becomes dependent upon her success in leading a ragtag group through the dark depths of the Forest of Hands and Teeth.

“I am so incredibly excited to be stepping into the ‘Forest’ and collaborating with such a brilliant creative mind as Doug’s,” Maberly said. “We can’t wait to bring Ryan’s fantastical world to life and are absolutely thrilled to have Maisie on board.”

In addition to writing and directing, Maberly will produce the adaptation through Hetherwood Productions. Doug Liman (‘Edge of Tomorrow’) will co-produce.