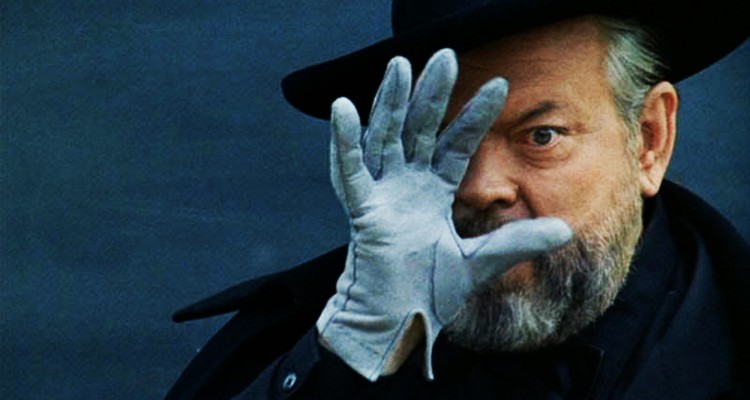 Magician: The Astonishing Life and Work of Orson Welles

MAGICIAN: THE ASTONISHING LIFE AND WORK OF ORSON WELLES (USA/IFI/91mins)
Directed by Chuck Workman. Starring Orson Welles, Simon Callow, Peter Bogdanovich, Steven Spielberg, William Friedkin, Christopher Welles Feder, Richard Linklater.
THE PLOT: Oscar winning filmmaker and long time editor of the Academy Awards, Chuck Workman takes a look back over the life and career of one of the most celebrated filmmakers of all time; Orson Welles.
THE VERDICT: There is little doubt that Orson Welles was one of the greatest American directors of both stage and screen, and documentary filmmaker Chuck Workman goes behind the scenes of the man’s life and work to remind audiences of the huge influence Welles had on cinema, and the struggles he went through in the Hollywood system.
MAGICIAN: THE ASTONISHING LIFE AND WORK OF ORSON WELLES is an incredibly well edited and put together documentary. While the film works through Welles’ life in chronological order, there are clips of Welles himself, at various stages of his life, used throughout to add a touch of seriousness and come comic relief to the film. As well as Welles himself, Workman has assembled an incredible cast of interviewees, including Peter Bogdanovich, Simon Callow (himself a Welles biographer), Welles’ daughter Christopher Welles Feder, Steven Spielberg, William Friedkin, Charlton Heston and Richard Linklater. Workman also uses clips from some of the many films about Welles’ life, including Linklater’s ME AND ORSON WELLES, and TV movie RKO 281.
What emerges through the film is the picture of a man who was incredibly confident and self-assured from the get go of his career in theatre – including some time on the stage at Dublin’s Gate Theatre – but found himself stifled and held back by the Hollywood studio system. Workman takes pains to point out that not only did Welles revolutionise radio with the infamous broadcast of WAR OF THE WORLDS – which audiences believed was real – at the age of 23, but he was one of the first – if not the first – independent filmmaker, in a time when independent filmmakers simply didn’t exist.
Workman divides his film into the various chapters of Welles’ life – The Boy Wonder, The Outsider, The Master – and although the people who knew and loved Welles form the foundation of the film, in allowing Welles to speak for himself through archive footage and interviews, the film is given a strength and depth, and Welles comes off as incredibly clever, self deprecating and warm, and incredibly self aware.
The trouble with MAGICIAN: THE ASTONISHING LIFE AND WORK OF ORSON WELLES is that while it is appropriate that the film is released around the 100th anniversary of Welles’ birth, it seems to take pains to show Welles in a positive light (although a former classmate was clearly not a fan!), and is not really anything we have not seen before. Welles fans will delight in this documentary about the great filmmaker and actor, newcomers will find themselves curious about Welles’ work, but this is not the film to change your mind if you labour under the impression that CITIZEN KANE is overrated. Still, it’s a strong examination of Welles’ career, and a celebration of the life of a trailblazer of modern cinema.
RATING: 3.5/5
Review by Brogen Hayes

Review by Brogen Hayes
3.5
A delight