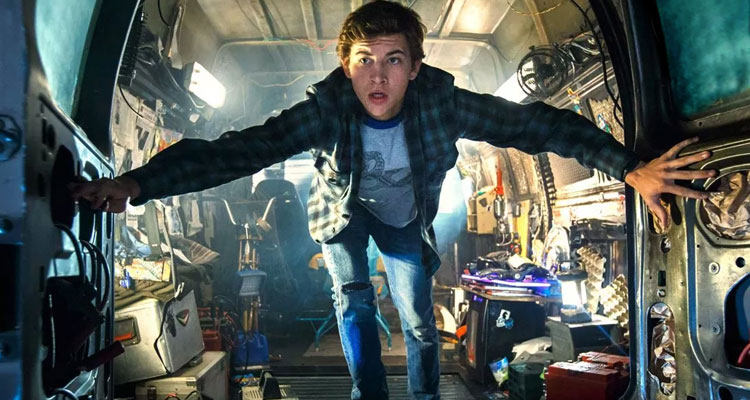 The low-down on READY PLAYER ONE

STEVEN SPIELBERG’S latest movie centres on a dystopian future, where gamers can escape their grim surroundings using a virtual reality system called The Oasis, once logged on players can reinvent themselves in the simulator.

OASIS
No, Not the Gallagher brothers, THE oasis is the name of a virtual reality system which Players access  using a visor and haptic gloves. it stands for “Ontologically Anthropocentric Sensory Immersive Simulation”.

BACK TO THE FUTURE
‘Ready Player One’ author Ernest Cline is a huge fan of the Irish made DeLorean car. The iconic vehicle made famous in ‘Back To The Future’ features heavily in the movie, it will be the first big screen appearance of the time travelling car since 1991. Cline actually bought himself a DeLorean to drive around America on a book tour, the DeLorean which Cline wrote off as a business expense is the only model signed by Steven Spielberg himself.

M25
The film required massive sets to help create a futuristic city. Multiple caravans were piled on top of each other to resemble dystopian skyscrapers. The sets were so big, they were visible to commuters travelling on the M25 motorway in London. Actor Ben Mendelsohn called it “the most extraordinary set I’ve ever seen built”.

SPIELBERG
Director Steven Spielberg is actually mentioned in the original novel but for this movie adaptation he wanted to remove all references to his own films to avoid being accused of vanity or “turning it into some meta-commentary on himself”. Producers fought with Spielberg to make sure some of his own work did appear, so keep your eyes peeled for nods to ‘The Goonies’, ‘Gremlins’, ‘Jurassic Park’, & ‘Indiana Jones’.

70
Simon Pegg (who was also referenced in the original ‘Ready Player One’ novel) was fitted with extensive prosthetics to make him look 70 years of age for his character Morrow. “I didn’t look too bad” he joked, “It gave me an idea how many facelifts I’m going to have”.

19
One of the many pop culture references seen in the movie is The Iron Giant from Brad Bird’s 1999 movie of the same name. Vin Diesel returns here to reprise the voice of the Iron Giant, 19 years after first voicing the character.

JOHN WILLIAMS
Ready Player One will be the second time Spielberg did not use John Williams to score the film, the other film was The Colour Purple.

MOVIE NERD
Spielberg is a film enthusiasts at heart, similar to the characters featured in Ready Player One, he is collects and owns a lot of film memorabilia including Bette Davis Oscar for Jezebel, the original “Rosebud” sled from Citizen Kane.

VISUAL DICHOTOMY
Like many of his fellow new Hollywood directors, Spielberg often shoots in film, in Ready Player One he employed different techniques to denote a visual dichotomy between the wondrous virtual realm and stark reality. As the action moved from the OASIS to the physical world, Spielberg switched from filming digitally to shooting on film. He wanted to give the real world a grainier appearance, and you can see the difference between what was shot on film and the glossier OASIS. 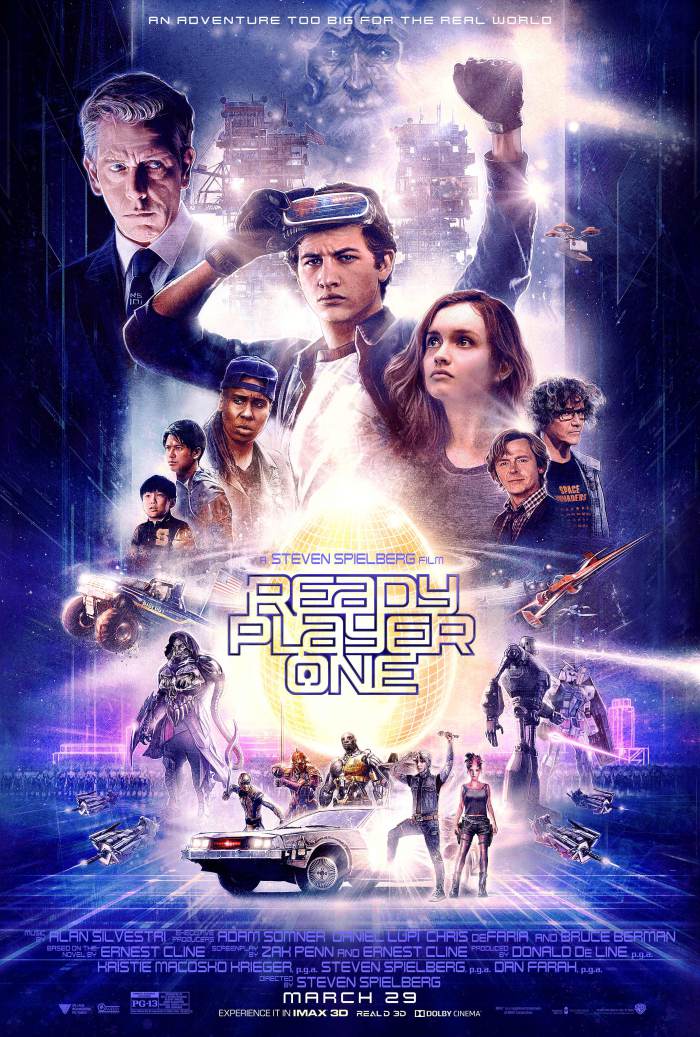 READY PLAYER ONE is now showing in Irish cinemas