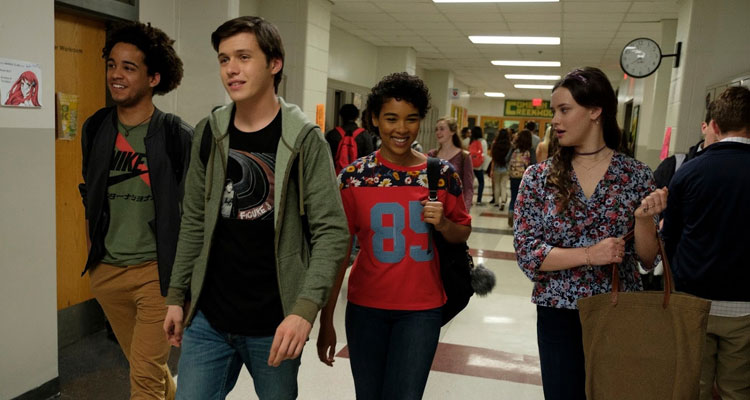 In short: A charmer

The Plot: 17-year-old Simon (Nick Robinson) says that he’s just like everyone else. Except he’s not – at least in his mind. He’s harbouring a secret which even his loyal friends Leah (Katherine Langford), Abby (Alexandra Shipp) and Nick (Jorge Lendeborg Jr.) don’t know about. Simon is gay and has been so for a number of years. Unsure of how they or even his liberal parents Emily (Jennifer Garner) and Jack (Josh Duhamel) will react, he strikes up an online correspondence with someone in his school who feels the same way. When oddball friend Martin (Logan Miller) finds out, how long can Simon keep the way he feels a secret? And, more importantly, why does it need to be a secret?

The Verdict: Love, Simon is the kind of well-judged teen film that would sit proudly alongside the likes of The Perks Of Being A Wallflower or The Fault In Our Stars. It stands out from the usual crowd, making its own statement about individuality loud and clear. It’s based on the novel Simon vs The Homo Sapiens Agenda by Becky Albertalli (understandably shortened to the more concise Love, Simon). At its core, it’s a coming-of-age story as much as a coming-out story, with an added mystery element. A who is it, rather than a whodunit.

The who isn’t as important as the why though. With the added pressure of school and social acceptance from his peers, Simon withholds his ‘secret’ as long as he can. However, he can’t deny the way he feels. The film charts how he comes to terms with his own sexuality and identity, viewed through the prism of the friends, family and classmates who know him. The ace in the hole here is Robinson. A likeable actor who impressed greatly in Everything, Everything, he has an innate ability to capture a character’s purpose and motivation in a few short scenes. He effortlessly conveys the mental gymnastics that Simon is going through, while maintaining the character’s vocal sense of humour about his so-called situation.

Director Greg Berlanti surrounds Robinson with an equally talented roster of young actors whose rapport is palpable. It’s through Simon’s closest friends that the film really comes into its own, depicting how coming out isn’t such a big deal. It just seems that way to our main character, but how he deals with it and how he tells them results in some conflict. That added layer of complexity, showing that friends are there to keep you grounded and call you out when you cross a line, gives the film an admirable edge which most teen films would shy away from.

As the title suggests Love, Simon is a warm film about identity and acceptance, not just from your peers and family, but about accepting yourself too. That’s something we can all identify with, so it becomes more than an ostensibly coming-out story. There’s a witty strain of humour running throughout the film too, aided by an on-form cast and a script that doesn’t try to cop out on its subject. Open your heart to the charming Love, Simon and it might just make a home there. 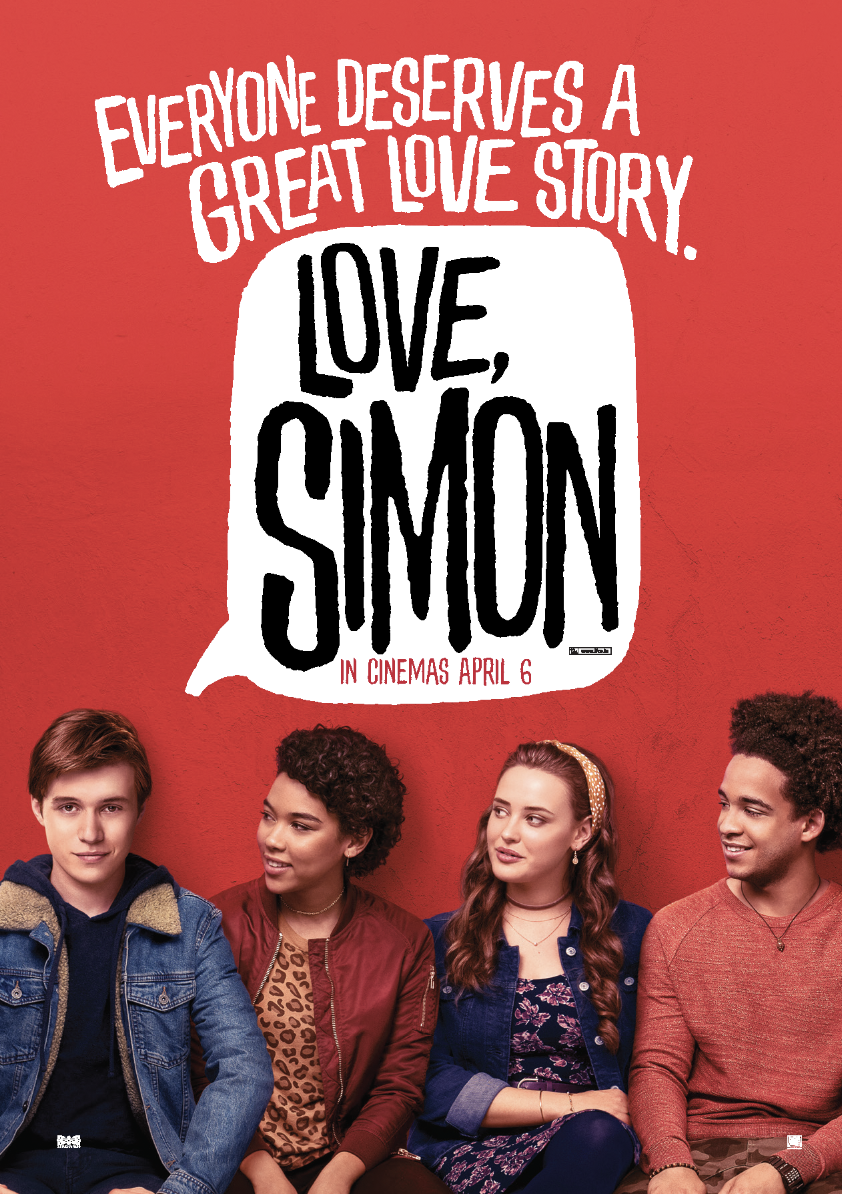