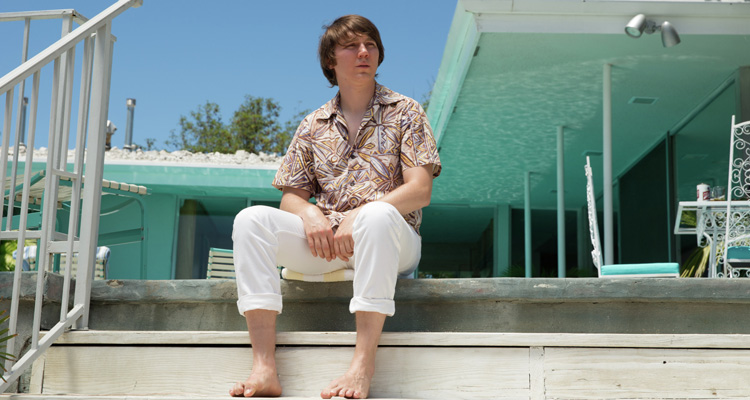 LOVE & MERCY (USA/12A/121mins)
Directed by Bill Pohlad. Starring Paul Dano, John Cusack,Paul Giamatti, Elizabeth Banks, Jake Abel.
THE PLOT: Based on the real life of Brian Wilson – legendary musician and founder member of The Beach Boys – Love and Mercy is not only a look at musical genius, but also an examination of power and control, and misdiagnosed mental illness.
THE VERDICT: There is little doubt that Brian Wilson has had an incredible career, and a tumultuous personal life, and for the first time, this is portrayed on the big screen in LOVE & MERCY.
Both Paul Dano and John Cusack take on the role of Brian Wilson, at different stages in his life. Dano plays Wilson during The Beach Boys years, and not only nails the look and passion of the character, but also the confusion of a man on a slow descent into undiagnosed mental illness. Dano plays Wilson as a man obsessed with music and perfection in the same, and it is perhaps this that leads to his mental troubles being ignored for so long. John Cusack takes on the role of Brian Wilson in the 1980s, when his mental struggles had been acknowledged but wildly misdiagnosed, and he was under the thumb of a controlling and bullying doctor; Eugene Landy (Paul Giamatti). There are times when it doesn’t feel as though Dano and Cusack are playing the same character, but when ti clicks, it truly works. Elizabeth Banks plays Melina Ledbetter, a woman who dated Brian Wilson in the 80s, only to find herself pushed away by Landy and fighting for Wilson’s autonomy. Paul Giamatti brings the creepy, overpowering and controlling Eugene Landy to life in a terrifying and calm performance. The rest of the cast is made up of Jake Abel, Kenny Wormald, Joanna Going and Brett Davern.
The story, written for the screen by Oren Moverman and Michael A. Lerner blends together Brian Wilson’s life in the 60s and 80s, showing his slow descent into mental illness, his strength as a musician and the personal struggles that he went through in his life. The story is carefully woven together, with single moments or lines of dialogue allowed to hint at a deeper and darker back story that is enough for the film to keep going, and for the audience to get the picture but remain curious. There is both the feeling of Lenny Abrahamson’s FRANK to the film, as well as parallels to the final years of Michael Jackson, in that Wilson is shown to be a man for whom music is his redemption, yet is under the thumb of a controlling scam artist who is more interested in making money than helping his patient.
Incredibly, LOVE & MERCY is director Bill Pohlad’s second feature behind the camera – he has an impressive career as a producer though – and he tells Wilson’s story with tact and seeming honesty. The highs of Wilson’s joy at recording Pet Sounds contrast wonderfully and heartbreakingly with his desperation to get out from under Landy’s control but being powerless to do so. The film is beautifully shot and carefully edited to give a creeping sense of fear and powerlessness.
In all, LOVE & MERCY is a careful examination of mental health, power, control and genius. Dano shines as the younger Brian Wilson, and when Cusack hits the right notes, he’s powerful. Elizabeth Banks shows her talent for drama and Giamatti is truly unnerving as Eugene Landy. Love and Mercy is one for the fans of Brian Wilson, but is carefully and wonderfully put together, to tell a story of genius and heartbreak.
RATING: 4/5
Review by Brogen Hayes