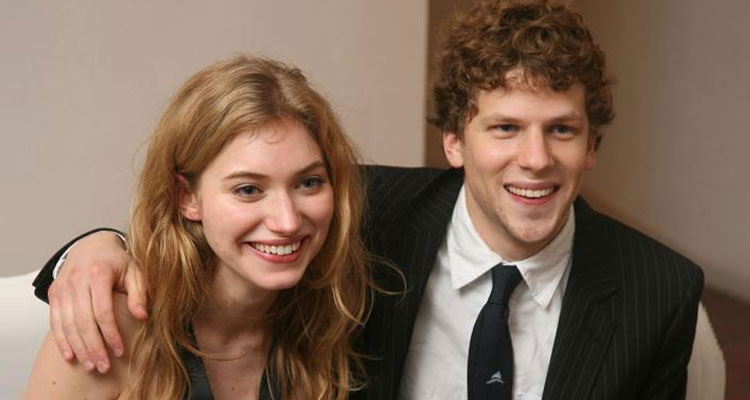 Per Deadline, ‘Vivarium’ sees Poots play “a young woman who, along with her fiancé (Eisenberg), is in search of the perfect starter home. After following a mysterious real estate agent to a new housing development, the couple becomes trapped in a maze of identical houses and forced to raise an otherworldly child.”

Brendan McCarthy and John McDonnell of Fantastic Films will produce in co-production with Belgium’s Frakas Productions and Denmark’s PingPong Film.

Financing comes from the Irish Film Board, Belgium’s Wallimage, the Danish Film Institute and Eurimages, The film was developed with the support of the Creative Europe Media Programme of the European Union, Film4 and Frontières.

Principal photography gets underway in Ireland in July.